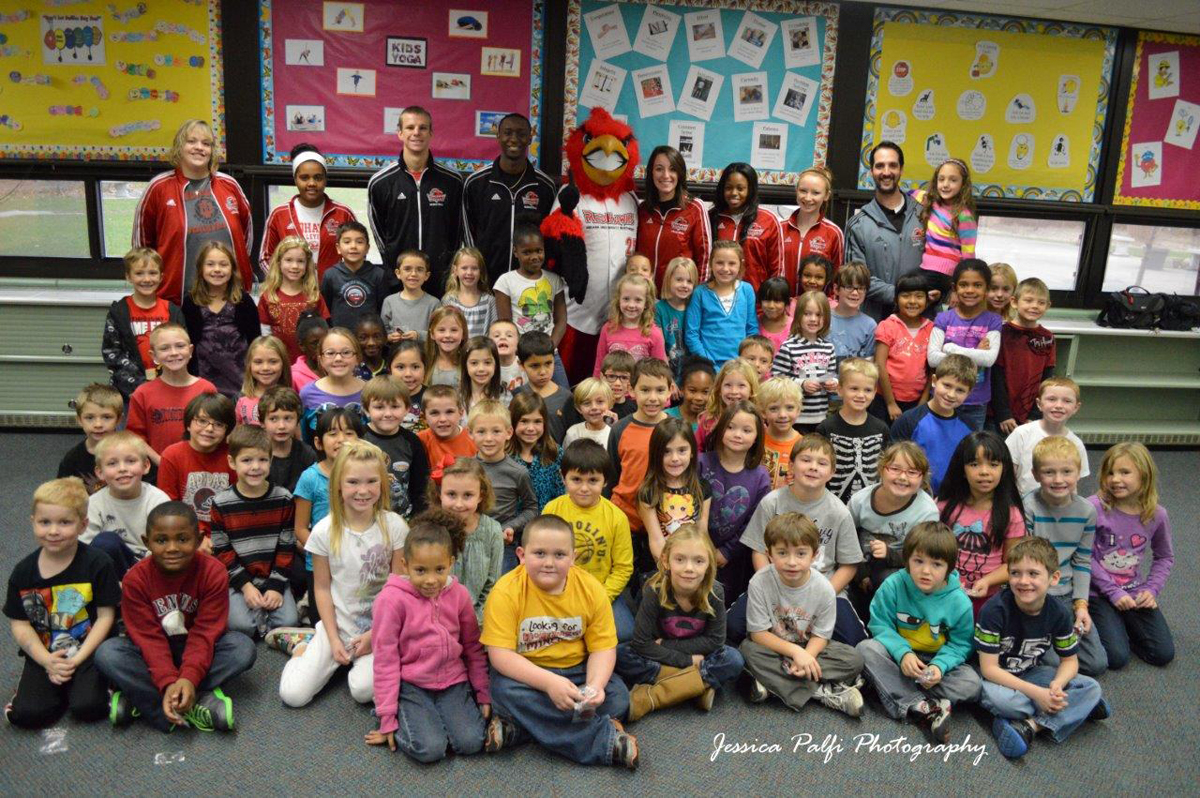 The National Association of Intercollegiate Athletics (NAIA) has recognized Indiana University Northwest as a 2012-13 Champions of Character Five-Star Institution.

In order to receive this special designation by the NAIA, the governing body of small athletics programs that are dedicated to character-driven intercollegiate athletics, an NAIA member institution must embody qualities of five core values: integrity, respect, responsibility, sportsmanship and servant leadership.

IU Northwest Director of Athletics Kristofer Schnatz said that over the past academic year, the campus’s three athletic teams have worked to apply the NAIA’s Champions of Character Core Values, both inside and outside of competition.

Student-athletes are expected to contribute to the campus with a beautification effort, Schnatz said, and the entire athletics department has increased its involvement in the community.

As one of the most recent examples, a group of student-athletes recently visited 72 first-graders at a Chesterton elementary school. Accompanied by Rufus the RedHawk, the athletes talked with them about the importance of going to school, eating right and doing their homework. This is the type of community involvement that Schnatz said will continue to be expected of student-athletes, who also must maintain a high grade point average.

Other examples that contributed to the recognition are the annual basketball camp for kids, food and book drives, and other volunteer work the athletes and coaches contribute in the community.

Schnatz said that this recognition proves that IU Northwest is not only developing strong student athletes but also well-rounded individuals who serve as ambassadors for their sport, the entire athletic program and their university.

“We are proud to have earned this distinction because it shows that there is so much more to our student-athletes and coaches than just excelling at their sport,” Schnatz said. “They are also exemplary individuals who display high character and we are proud that they are representing not just our athletic program, but the entire institution.”

For more information about athletics at IU Northwest, visit www.iunredhawkathletics.com.