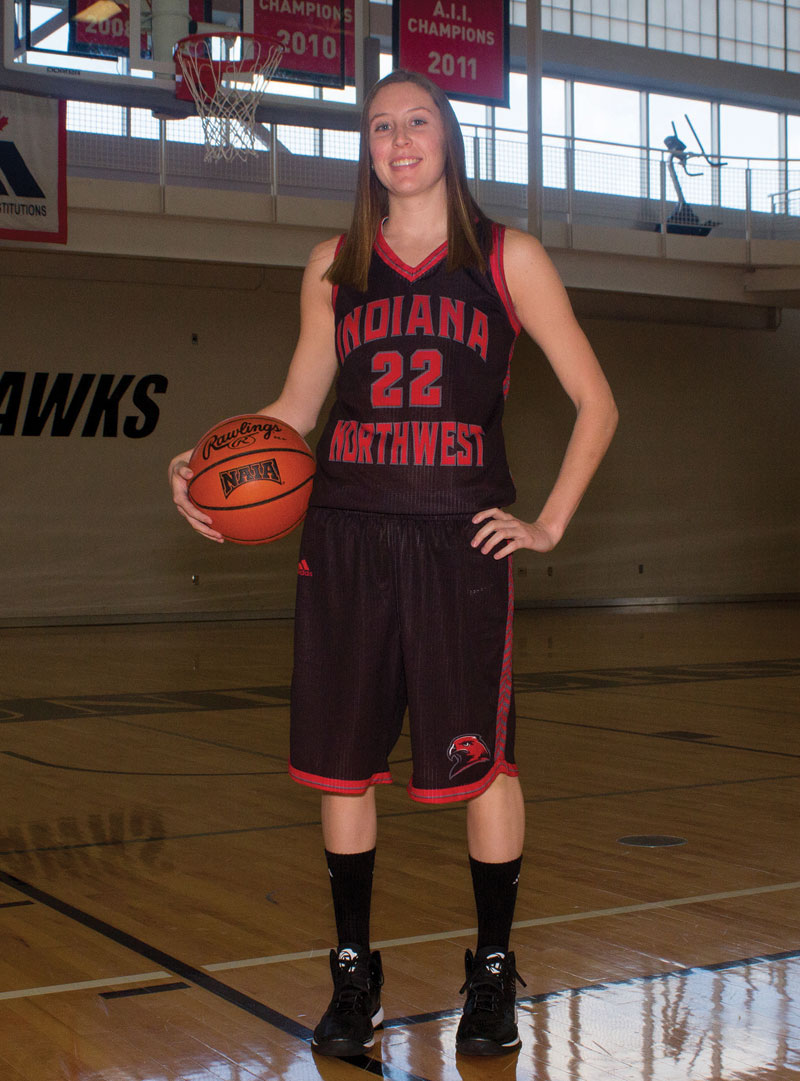 The National Association of Intercollegiate Athletics (NAIA) announced the 2015 Division II Women’s Basketball All-America Teams with Indiana University Northwest’s Nicki Monahan selected to the third team. This was the first selection NAIA All-American selection for the RedHawks sophomore guard from Portage, IN (Portage HS). This past season Monahan averaged 18.4 points per game and ranked seventh in the nation in field throw percentage at 88.4%. She started and scored in double-figures in all 31 games (18-13) for the RedHawks this season. Monahan led IU Northwest to a second place finish in the A.I.I. Conference standings this past season and their second consecutive appearance in the A.I.I. Conference Tournament semifinals.

At the conclusion of the season, Monahan was named 2015 A.I.I. Player of the year and a first team A.I.I. All-Conference selection after leading the league in scoring. Additionally, Monahan posted a season-high 33 points in a win over Holy Cross on Nov. 29, 2014 and was twice named A.I.I. Female Athlete of the Week for the 2014-15 season. On February 3, 2015, she reached the 1,000 point milestone for her career in a win over Andrews University and has a current streak of 43 consecutive games scoring in double figures. Monahan also ranked amongst the national leaders in three point field goals make this season with 68 and is the third player in IU Northwest program history to receive NAIA All-American recognition (Sharon Houston, 2009, 2010, 2011, 2012; Megan Holland 2013).

“Nicki had another outstanding season and has immediately established herself as a team leader one of the top players in the nation. On behalf of IU Northwest, her teammates and coaches, we congratulate Nicki on this great honor,” said IU Northwest head coach Ryan Shelton. Concordia’s (Neb.) Bailey Morris was selected as the NAIA Division II National Player of the Year after leading the Bulldogs to the 2015 National Championship game.