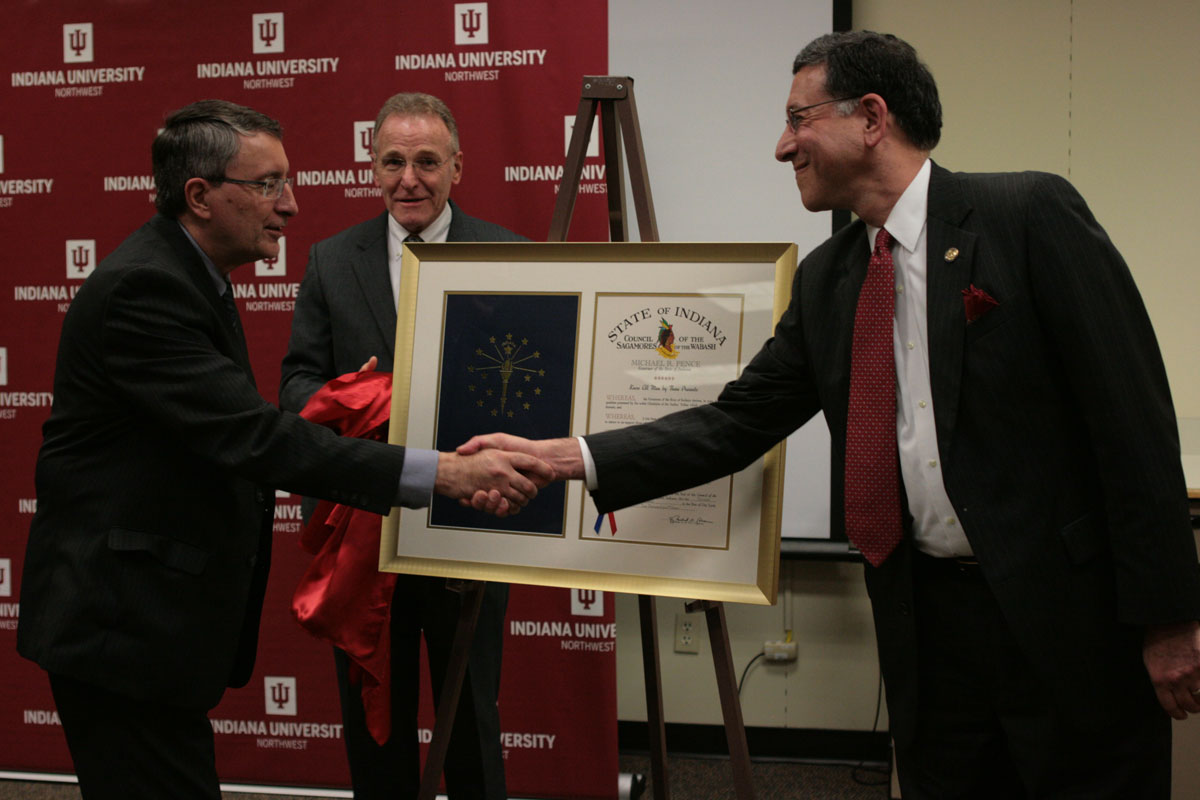 IU Northwest’s Vice Chancellor of Administration Joseph Pellicciotti was honored with the Sagamore of the Wabash award on Tuesday, June 30 during a formal presentation on IU Northwest’s campus.

Pellicciotti, who retired from IU Northwest on the same day has had a long and distinguished career with the University. After having begun his tenure at IU Northwest in 1980 with the School of Public and Environmental Affairs (SPEA), Pellicciotti was promoted from teaching part-time to assistant professor, associate professor and, finally, professor of public and environmental affairs in 1997. Within SPEA, he also served as criminal justice coordinator and division director for 13 years, during which time he oversaw significant growth in student enrollment and faculty, as well as the addition of the BS degree in criminal justice, and graduate certificate programs in environmental affairs and nonprofit management.

As Vice Chancellor of Administration since 2008, Pellicciotti also made significant contributions to IU Northwest through his leadership directing a multitude of campus facilities-related and infrastructure projects. Specifically, he spearheaded an unprecedented number of projects made necessary by the 2008 campus flood, including the creation of Arts on Grant and other campus departmental relocations, property purchases and demolitions, creation of the RedHawk shuttle bus service, investment in a major storm water sewer improvement project, and planning for the new Arts and Sciences building.

The Sagamore of the Wabash award is highest honor the Governor of Indiana bestows. It is a personal tribute usually given to those who have rendered a distinguished service to the state or to the governor. Among these who have received Sagamores have been astronauts, presidents, ambassadors, artists, musicians, politicians, and ordinary citizens who have contributed greatly to our Hoosier heritage.