Coming off a record-breaking 25-7 record, an A.I.I. championship game appearance, NAIA national tournament appearance and rising to as high as No. 12 in the national rankings, what can Indiana University Northwest Women's Basketball do for an encore?

The RedHawks were picked second amongst 14 teams in the 2017-18 A.I.I. pre-season poll just behind College of the Ozarks, who defeated the RedHawks on the Ozarks' home floor in the A.I.I. championship last February.

"We had an outstanding season a year ago and reached a lot of our goals, led by seniors Bernadette Grabowski and three-time All-American Nicki Monahan, who won 88 games in their four-year careers,” Shelton said. “Their presence and leadership will definitely be missed. Our group this year, however is both talented and experienced and eager to build on last season's success and make a deep run in the national tournament.” 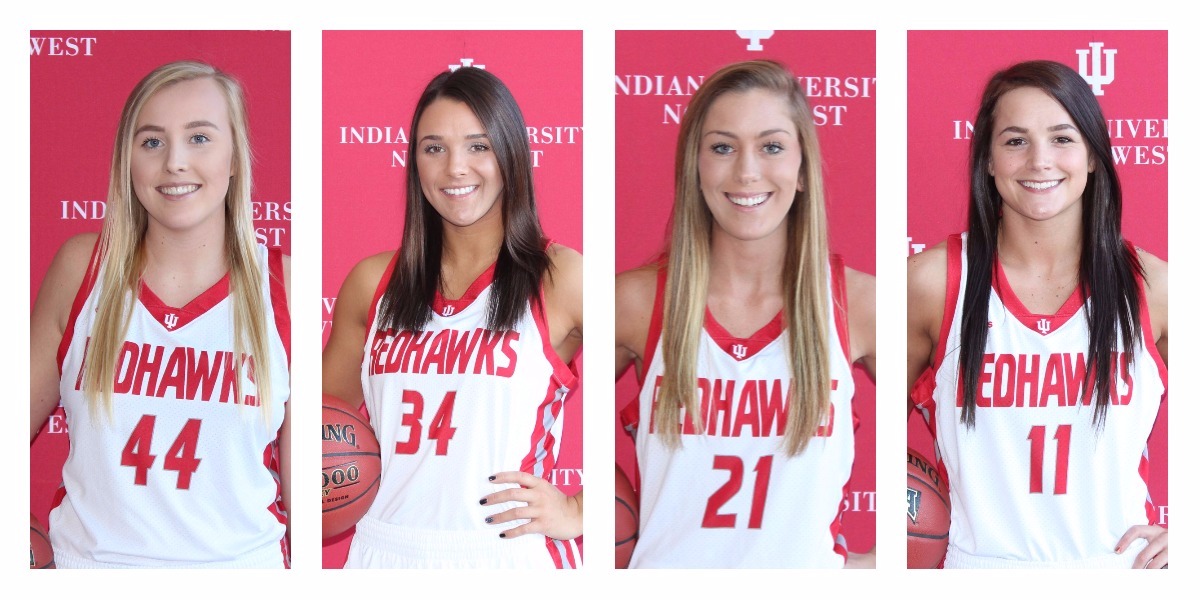 Who's Back
The 2017-18 RedHawks are led by senior and three-time All-A.I.I. Conference selection Grayce Roach (SR/Hobart). Roach is a first-team All-A.I.I. selection in 2017 who is entering her fourth and final season with the RedHawks. Roach averaged 15.7 points per game a season ago while shooting .471 from the floor and .400 from 3-point range and is widely considered a consensus pre-season A.I.I. Player of the Year and NAIA All-American candidate.

With Monahan's departure, senior Weslee Wilson (SR/Monroe City, Ind.) is projected to fill the vacancy in the starting lineup. Wilson arrived last fall as a junior college transfer from Olney Central and took on a valuable role, making significant contributions off the bench. Now more than one full year removed from knee surgery, Wilson, (6.0 ppg, .357 3pt), is strong bet to capitalize on a starting role and opportunity.

"Roach is a proven commodity at the national level and Wilson has been, arguably, our best player this pre-season," Shelton said. "Both offer a rare combination of strength, speed, athleticism and skill at the NAIA level. They're a good bet to be one of the top backcourt tandems in the conference, if not the nation."

In all, the RedHawks return 11 lettermen and three starters from their 2017 National Tournament Team. Also returning is two-year starter and point guard Gina Rubino (JR/Crown Point) with 5.5 ppg, .424 3pt, who was named to the 2017 A.I.I. All-Tournament Team. Rubino’s leadership has proven to be a catalyst since returning to practice as she missed most of the pre-season with a foot injury. 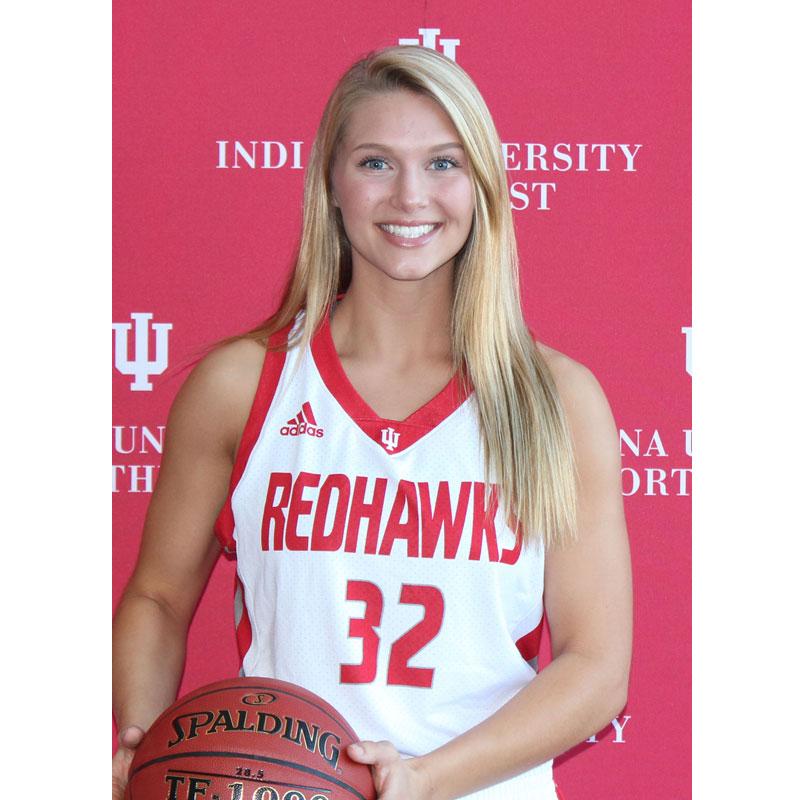 New Additions
New additions to the RedHawk roster are led by junior college transfer (Kalamazoo Valley CC) and NJCAA All-District and All-Region guard Chloe Salman (JR/Paw Paw, Mich). Salman, an explosive scorer who can score at all three levels, averaged 14.1 ppg, 4.0 rpg, .410 3pt and .810 ft% as a sophomore in leaving KVCC to the NJCAA national tournament. Salman can score in bunches and figures heavily in Shelton's plans to help offset the 20.0 ppg the RedHawks lost in their lineup due to Monahan's graduation.

"Chloe has been impressive in practices. She can get to the rim, has a great mid-range game and is a potent three-point shooter,” Shelton said. “There won't be many teams that can match our combination of speed and scoring power that we have with the trio of Salman, Roach and Wilson."

Highlights include road matchups with CCAC foes Saint Xavier and Saint Francis (IL) and a home tilt with Olivet Nazarene. A home rivalry series with IU Kokomo and a A.I.I. Conference showdown with defending conference champion College of the Ozarks on Jan. 29 in the A.I.I. Classic hosted by IU Northwest are marquee games. The RedHawks will also square off with NAIA D-1 National Tournament Qualifier Pikesville in the opener of the Sienna Heights Thanksgiving Classic on Nov. 24.

Other schedule highlights include matchups with Crossroads League foes Grace, Bethel and Huntington as well as meetings with Madonna and Cornerstone from the WHAC. The RedHawks will square off with several Chicagoland opponents in Addison to St. Xavier, Olivet Nazarene and St. Francis when they face Judson, Trinity Christian, Roosevelt, and home and home with IU South Bend.

The RedHawks will also square off with a pair of NCAA Division I opponents when they travel to Chicago to face the UIC Flames at the Pavillon and later on Dec. 13 to challenge Valparaiso at the ARC in Valparaiso.

"We wanted to challenge ourselves again by playing the most competitive schedule we could possible play,” Shelton said. “There are some great matchups throughout the schedule to test us and help us prepare for the post-season. It's easily one of the toughest non-conference schedules in the country.”

The action all tips off with the season opener on Oct. 25 when the RedHawks welcome the Judson Eagles to the Savannah Center at 5 p.m. Follow all of the action with score, news, updates and live broadcasts and purchase season tickets at www.iunredhawkathletics.com