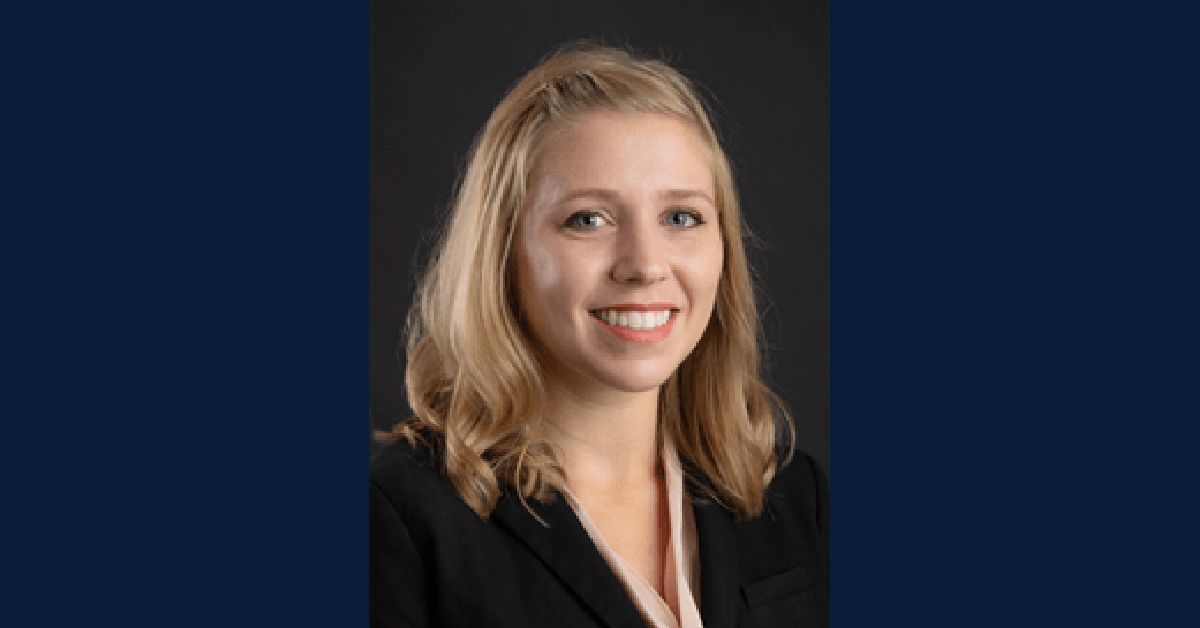 An Indiana University School of Medicine-Evansville faculty member has received a grant from the Alzheimer’s Association for new research to enhance detection of cortical atrophy in patients diagnosed with Alzheimer's disease. The study, led by Kara Garcia, PhD, assistant professor of radiology and imaging sciences, seeks to link differences in cortical atrophy of specific brain regions to early cognitive deficits associated with typical and atypical Alzheimer's disease progression. The award is for $150,000 over three years.

Garcia’s work has focused primarily on understanding brain changes in the context of early development where she used engineering concepts to co-develop a novel approach to measure brain growth in babies using MRI data. Given Garcia’s early success in measuring cortical growth, she decided to try measuring the “reverse” process: cortical shrinkage.

“Considering the pressing need for Alzheimer’s research, this idea had been on my radar since beginning to develop our tool in 2015,” Garcia said. “When I joined IU School of Medicine, I was introduced to the Indiana Alzheimer’s Disease Research Center and Dr. Shannon Risacher, an established researcher in the field of Alzheimer’s research who is serving as co-investigator on this study. The early success of this work would not have been possible without this combination of significant resources and expertise at the school, as well as the hard work of current IU School of Medicine student Emily Iannopollo.”

While the current project focuses on one mechanics-based research tool, Garcia’s future work aspires to apply other themes from her research to improve our understanding of Alzheimer’s disease and other brain disorders.