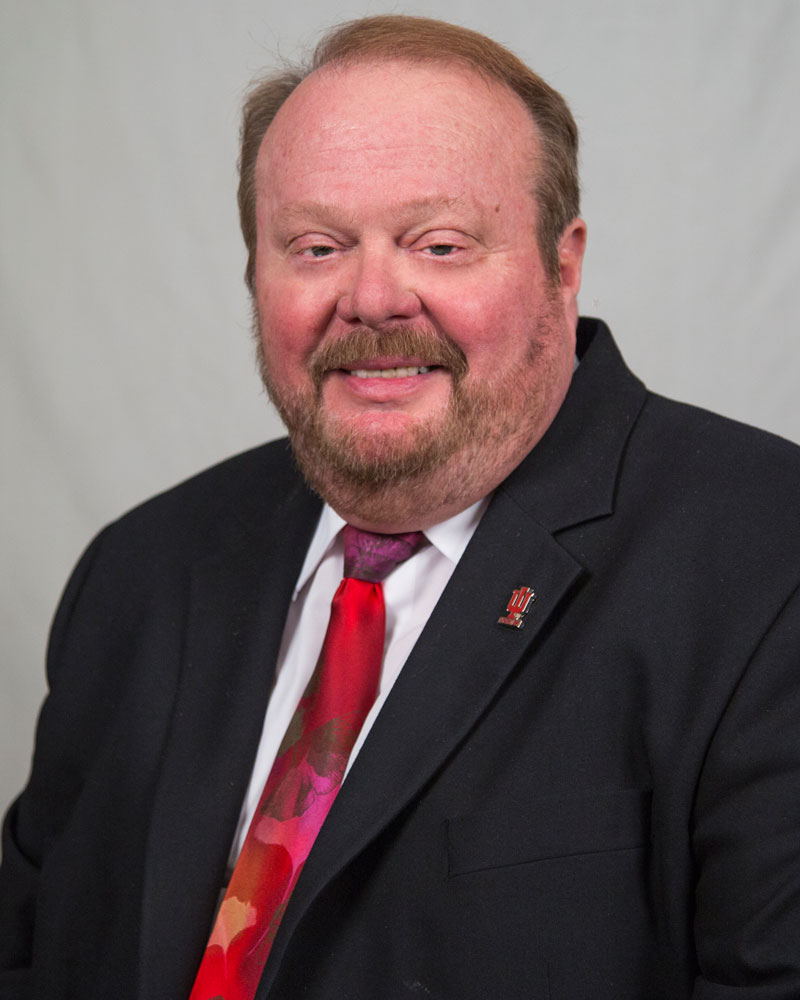 Bankston will continue as dean of the College of Health and Human Services at Indiana University Northwest, a college he helped found in 2008, with six health and social service-related undergraduate programs. He will also continue his teaching and service roles as a faculty member at IUSM-NW-G.

A national search will launch this spring to identify a successor for his medical school leadership role.

Throughout his career, Bankston has promoted innovative teaching methods and helped establish the Harvard-style Problem Based Learning (PBL) curriculum at IUSM-NW-G. In 1996, he assisted in the development of the Competency Curriculum, emphasizing the importance of teaching and evaluating the skills, values and attitudes of future physicians – training equal in importance to medical knowledge. Bankston also served as the first statewide competency director in problem solving and devised the system used to teach and evaluate medical students for that competency.

Bankston worked his way through the academic ranks at IUSM-NW-G, earning the rank of professor of anatomy and cell biology in 1991, with a joint appointment as professor of pathology and laboratory medicine. His research career focused on capillary structure and function, topics on which he published with the late Nobel Laureate George Palade. Bankston has received numerous awards in recognition for his teaching and scholarship, including the prestigious Trustee Teaching Award granted annually by the university’s board of trustees to select faculty members for their excellence in teaching.

“I cherish the opportunity I have had to help build and sustain an exemplary medical education enterprise here in Gary for the last dozen years,” Bankston said. “In the remainder of my career, I will do my best to help the new leadership establish medical residencies, and then we will have a complete pipeline for our talented students to attend college, medical school and residencies here in Northwest Indiana.”

“We are extremely grateful for Bankston’s many contributions to IU School of Medicine and the community, including major innovations to medical education and his focus on advancing diversity and professionalism,” said Jay Hess, M.D., Ph.D., dean, IU School of Medicine, and vice president for university clinical affairs, Indiana University. “He leaves very big shoes to fill.”

“We are proud to have Dr. Bankston remain in his position as founding dean of our College of Health and Human Services, and are fortunate that he will work with the new leadership of the Northwest campus’s medical school to provide exciting new opportunities for undergraduate students, including a strengthened relationship with IU School of Medicine,” Lowe said.

Vicki Román-Lagunas, who was appointed IU Northwest’s executive vice chancellor for academic affairs in July, added that Bankston will continue to support and serve as an advisor to academic leaders on campus.

"Dean Bankston’s service to IU Northwest as senior dean and senior leader continues to be invaluable to the academic community at our campus,” Román-Lagunas said. “I look forward to his continued leadership, and count on his tremendous mentoring for the newer academic leaders at IU Northwest – including me.”

Bankston earned his Bachelor of Arts in Biology from Hobart College in Geneva, NY in 1968. He received his doctorate in anatomy from the University of Chicago in 1973. He has been a faculty member at IUSM since 1978. He was appointed interim assistant dean of what was then called the Northwest Center for Medical Education in 2005 and named its assistant dean in 2006. He helped create the College of Health and Human Services under then-Chancellor Bruce W. Bergland at IU Northwest and, along with his IUSM role, became its first dean in 2008. Since that time, he has also served for a year as interim dean of the School of Public and Environmental Affairs and a year as interim dean of the School of Education at IU Northwest.

About Indiana University Northwest
One of eight campuses of Indiana University, IU Northwest is located in metropolitan Northwest Indiana, approximately 30 miles southeast of Chicago and 10 miles from the Indiana Dunes National Lakeshore. The campus has a diverse student population of approximately 4,000 degree-seeking students and 1,500 dual-degree-seeking students. The campus offers Associate, Baccalaureate and Master’s degrees in a variety of undergraduate, graduate and pre-professional degree options available from the College of Arts and Sciences, the College of Health and Human Services, the School of Business and Economics, and the School of Education. The campus is also host to IU School of Medicine-Northwest-Gary, which actively involves students in research and local healthcare needs through its four-year medical doctorate program. IU Northwest emphasizes high-quality teaching, faculty and student research and engagement on campus and in the community. As a student-centered campus, IU Northwest is committed to academic excellence characterized by a love of ideas and achievement in learning, discovery, creativity and engagement. Indiana University Northwest is an equal opportunity/affirmative action employer committed to achieving excellence through diversity. The University actively encourages applications from women, minorities, veterans, persons with disabilities, and members of other underrepresented groups.