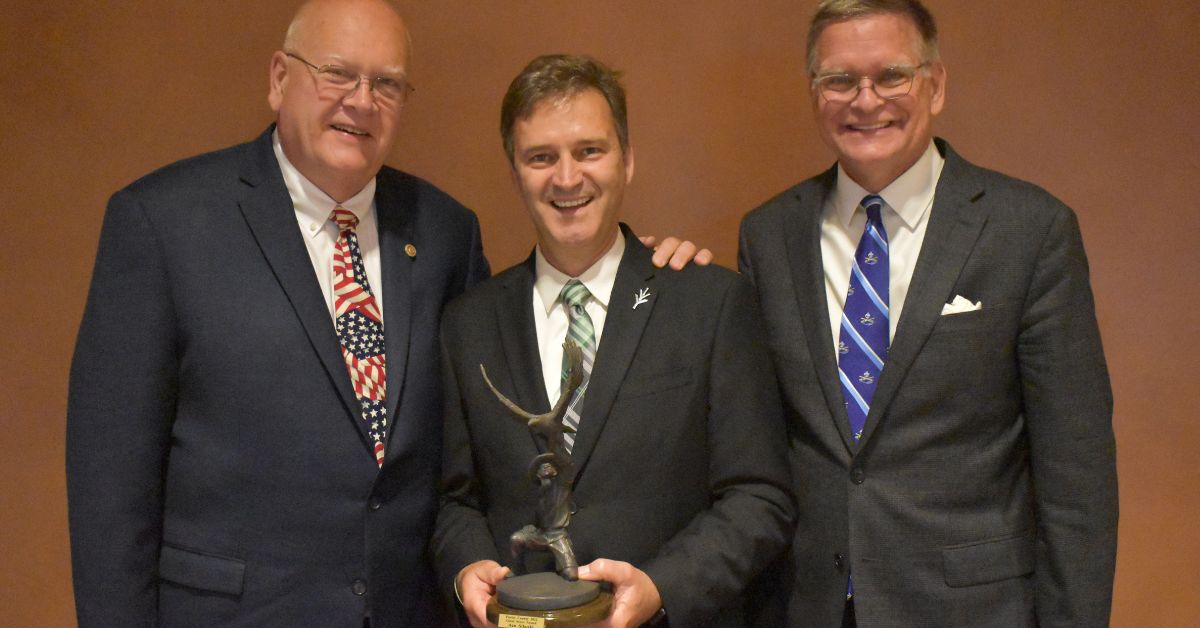 Sikoski received the award for “upholding and representing the values of the Scout Oath and Scout Law” in his community. He delivered an address to a crowd of community leaders and friends on July 14 at the Sand Creek Country Club.

“I don’t know where I’m going, but I’m not lost,” Sikoski said to the crowd. In his speech, he related his life journey, throughout which he grew up in Macedonia and moved to northern Indiana to start a life with his new family, to the mission of Scouting, including the motto: “Be Prepared.”

The chancellor, who has been leading the Valparaiso Campus as either president or chancellor since 2012, said that life is all about trying new things and getting out of one’s comfort zone. He said he thought that Ivy Tech Community College and the Boy Scouts of America had that in common.

Sikoski is the most recent Porter County community leader who has been recognized with this award by the Dunes Moraine District of LaSalle Council, BSA. Past recipients of the award include Stewart McMillan and Judge Jeff Clymer, both of whom were in attendance for Sikoski’s reception of the award.

“He is a poster child example of people who come to this country in search of the American dream, and as a result, make our lives all better,” said McMillan during his introductory remarks.

Youth members of the organization also spoke at the event. Elizabeth Garza, a Second-class Scout from Troop 9906 of Valparaiso, and Drew Gschwind, a Star Scout from Troop 904 of Valparaiso, told the crowd about their unforgettable experiences in the Scouting program, including having the ability to lead others and learn new skills even during the COVID-19
pandemic.

The event was organized entirely by a committee of volunteers and was chaired by Paul Sciarra, an avid Scouting volunteer, member of the Valparaiso Kiwanis Club, and insurance agent and advisor for Anton Insurance.

Video coverage of the event can be viewed on the YouTube page for Ivy Tech Community
College: Valparaiso / Michigan City / La Porte: https://youtu.be/4yPDV8aTfvI