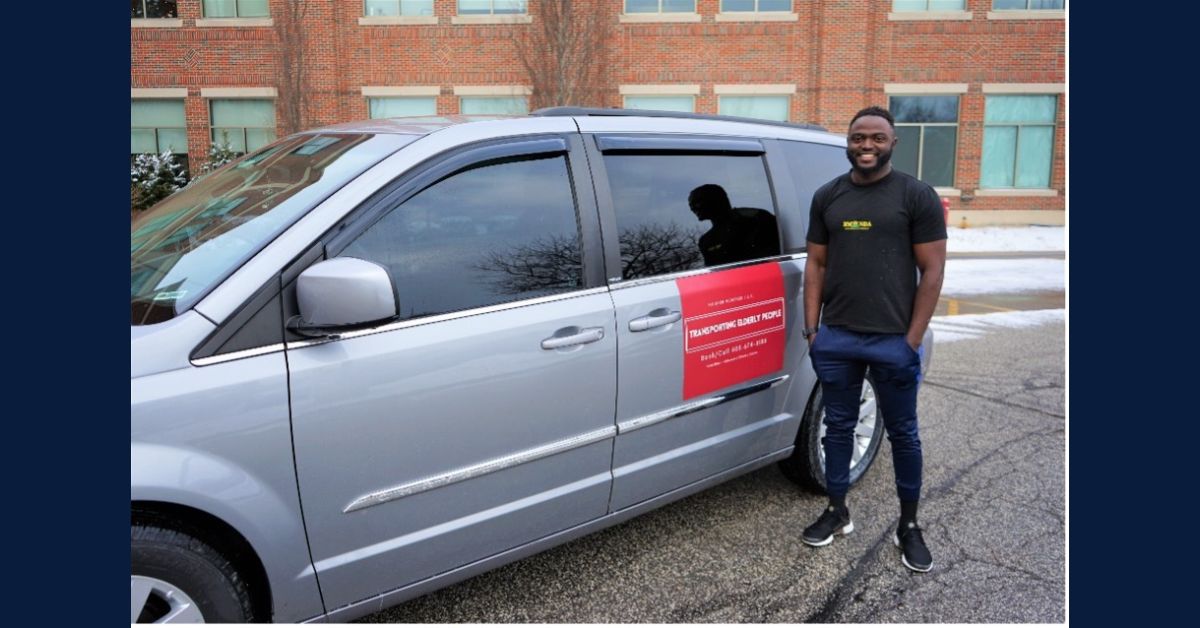 Sometimes the ride of life is difficult to navigate.  It takes determination, hard work, passion and drive. Qualities Richard Irakoze, an Ivy Tech Community College student, exemplifies well. His drive has already begun to help his community and make a difference in more ways than one, even before graduating.

Richard moved to the United States in 2019 from Rwanda and settled in South Bend, Indiana. He began attending Ivy Tech as a nursing student in fall 2020. Richard believed a nursing degree would provide the opportunity to serve his community.

On top of wanting to serve others, Richard had always dreamed of starting his own business after moving to the states. However, he wasn’t sure what that would look like. With this goal in mind, he attended a business class through the Ivy Tech Garatoni School of Entrepreneurship. Richard frequently had conversations with his instructors regarding starting a business. He wanted to learn as much as he could quickly to start his business and begin growing it.

Richard attributes much of his knowledge to one of his instructors, Matt Stackowicz, who shared resources with him and encouraged him to get started as soon as possible.

As Richard began to observe what areas in the market he could fill a gap, he began to notice that there was a much larger elderly population in America than in his home country of Rwanda. He then noticed a lack of transportation services to this population. As encouraged by his professor, he began interviewing older people within his community, including nursing homes, the YMCA, and even the casino. Richard asked for their perspective on this phenomenon, and he found that this group did not feel comfortable using apps like Uber and Lyft to receive rides and did not have many other resources for transportation.

Once he recognized this gap, he began the process of starting his business, Richard Heritage. He purchased a minivan and began transporting a few elderly people around to doctor’s appointments, grocery visits, and anywhere they needed. Richard gave his business card out to anyone he thought could use it and told them to tell their friends and family who also needed transportation. He currently has five customers he regularly transports.

In the future, Richard hopes to do more than just transport people; he would like to also add home services to his business, as well as hire more employees. He believes his degree in nursing will serve him well as he continues growing this business.

Recently, Richard was featured in a short film for the Regional Innovation and Startup Education (RISE) Festival on May 13, 2022. In this video, he was able to show his goals and heart for helping those around him. He’s excited to see his hard work paying off and being recognized.

Looking back on his journey, Richard states that attending Ivy Tech was a “bridge to get to his dream.” Richard always knew that he wanted to help the elderly, but had no idea where to start. Ivy Tech helped him find his niche and run with it. Richard says that “most people think about college as too expensive or burdensome.” With Ivy Tech, however, “it was affordable and flexible, which allowed for a good school, work and life balance.”

Richard has the drive it takes to become successful in whatever he does, including transporting those in need. He hopes to continue expanding his business and being able to help more people.