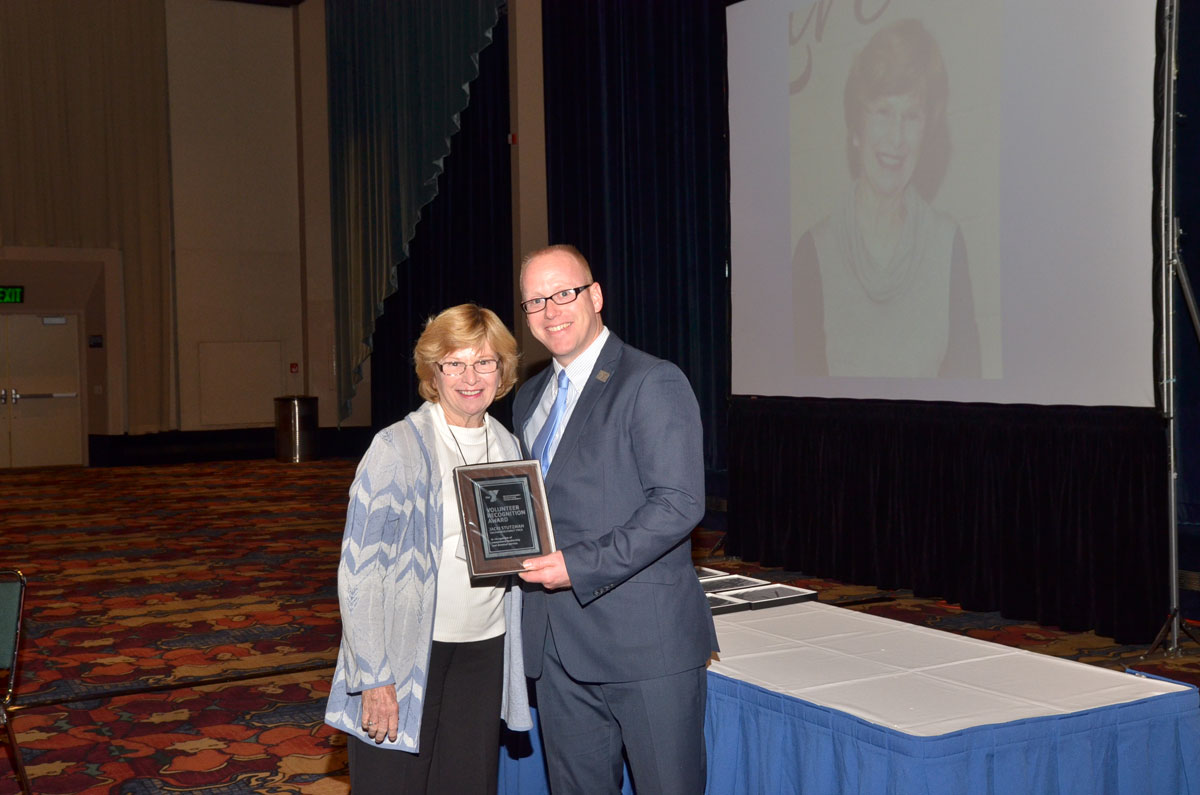 This is a “Volunteer Recognition Award for exceptional leadership and devoted service” from the YMCA. This award given to Jacki Stutzman from the Valparaiso Family YMCA was presented in November at the Indiana State Alliance of YMCAs Leadership Forum.

Jacki Stutzman has served on the Y Board since 2010. In that time, she has worked on the Executive Committee, Endowment Committee, the Financial Development Planning Task Force, and the Women of the Y Committee. She has also assisted on several fundraising event committees for our Y: The 2012 Dancing with the Y Stars, an event held to pay down building debt and highest fundraiser in our Y’s history (raising over $110,000, of which we had a matching gift opportunity!). She’s also served on the annual Y Bash Committee since 2012, an event to support the Y Annual Campaign and which brought in a record $55,500 this past February. She was an Annual Campaign Co-Chair in 2013, with that campaign bringing in almost $197,000.

Jacki has also been a generous donor to Valparaiso Family YMCA. Because of her lifelong teaching career and love of children, she has provided funding for many things to benefit children at the Y and in our community. She gave funding for the playground by the pavilion at the Y. The YMCA also wanted to bring STEM programming to camp, and when another grant didn’t come to fruition, she provided funding for that as well.

She is a generous supporter of all of our events by volunteering at, or participating in them; she has acquired and provided silent auction items; she has sold tickets, provided and acquired sponsorship support, and more. She’s a quiet, humble lady who has enriched so many children’s lives in our community because of her generosity. From her teaching background, she relayed a quote she loves: “tell me, and I’ll forget; show me and I’ll remember; involve me, and I’ll understand.”

The Y Board and staff appreciate all Jacki Stutzman has done to support the work in youth development, healthy living and social responsibility; as well as the many lives that have been enriched because of her generosity.