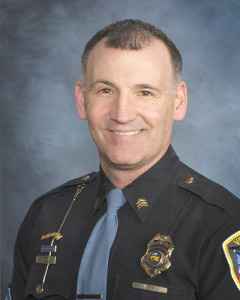 Mr. Balon is a 25-year veteran of the force and has most recently served as Captain over its detective bureau. Balon has extensive experience in all aspects of policing having spent approximately half of his career in the patrol division and the other half in the detective bureau. He has significant regional exposure in safety as a member of the Northwest Indiana Major Crimes Task force from 2006 to 2015, including 16 years as its Assistant Commander. Balon is also the crisis negotiator on the Porter County SWAT team, and has been a member of the FOP Lodge 76 for the last 25 years.

He holds a bachelors degree in public safety management, with distinction, from Calumet College of St. Joseph.

Brickner has been the only police chief to serve in Costas’ fourteen-year tenure as mayor, and is leaving the post to accept a position with Porter County as head of its newly created Emergency Communications and Public Safety Department.

In addition to Brickner’s departure, Assistant Police Chief Rich Spicer is also retiring from the VPD to accept a full time position with the Valparaiso Community Schools as its Assistant Director of Transportation and Safety/Training. Mayor Costas states that while he will miss working closely with both Brickner and Spicer, he is delighted that they will continue to serve in key safety positions in the community.

In addition, Costas noted that they have built a strong foundation of leadership within the department, so this transition comes at a good time. “We have a deep bench of capable leaders throughout the department who are excited to step up and serve our citizens with excellence.”

Mayor Costas chose Balon as the new chief after conducting a listening campaign with many officers and administrators of the police department, and interviewing the five exceptional candidates who applied for chief. “Jeff Balon exemplifies the values that define our outstanding police department: professionalism, humility, innovation and collaboration”, said Mayor Costas, “and he will expand the progress that Chief Brickner and Assistant Chief Spicer began in 2004. Our emphasis on community policing, citizen engagement, transparency and technology has kept our city safe and secure. We have hired many new officers of high character and provided the extensive training and equipment to build one of the finest police departments of a city our size in the country,” Costas added.

Mr. Balon will officially begin his duties as Chief of Police on Friday, August 18.