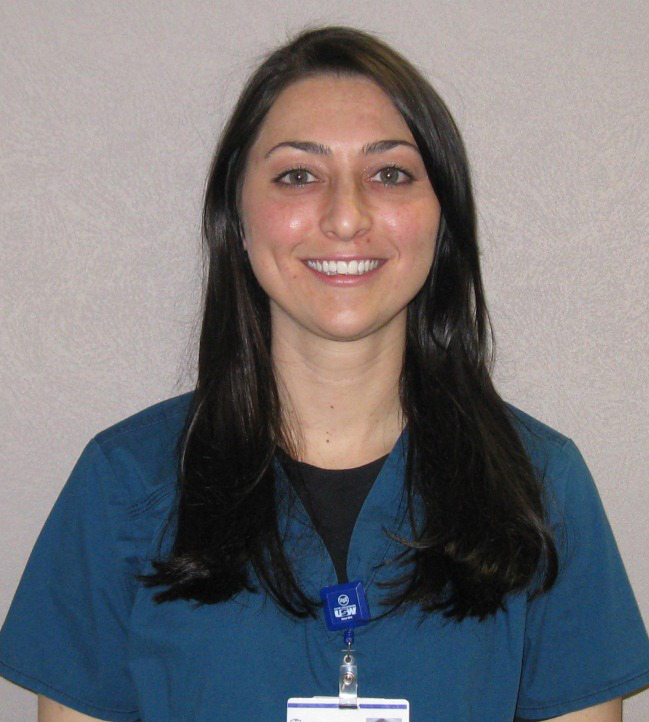 Jennifer Eapmon, a phlebotomist for Alverno Clinical Laboratories, an affiliate of Franciscan Alliance, is the April Ambassador of the Month for Franciscan St. Anthony Health-Michigan City.

Eapmon, of Michigan City, who has worked in the hospital’s lab for two years, also has spent 12 years in a physician’s employ. She was nominated by several coworkers, who called her positive attitude an asset and said she represents the hospital by living its Franciscan mission each day.

Eapmon said she was “honored and shocked” to receive the award, adding, “I love to make people feel special and good and did not expect this honor, though it is much appreciated. I love my job.”

When she’s not working, Eapmon enjoys boating on Lake Michigan, taking her two pit bulls to the beach, riding mopeds and traveling around the country to buy cars.

In recognition of the honor, Eapmon, as are all Ambassador recipients, was honored with a special billboard display for the month, a privileged parking spot, an Ambassador badge holder, a photo on the Ambassador of the Month wall that displays the previous 12 months’ winners, $150 cash and an invitation to the annual Service Awards and Recognition Banquet.