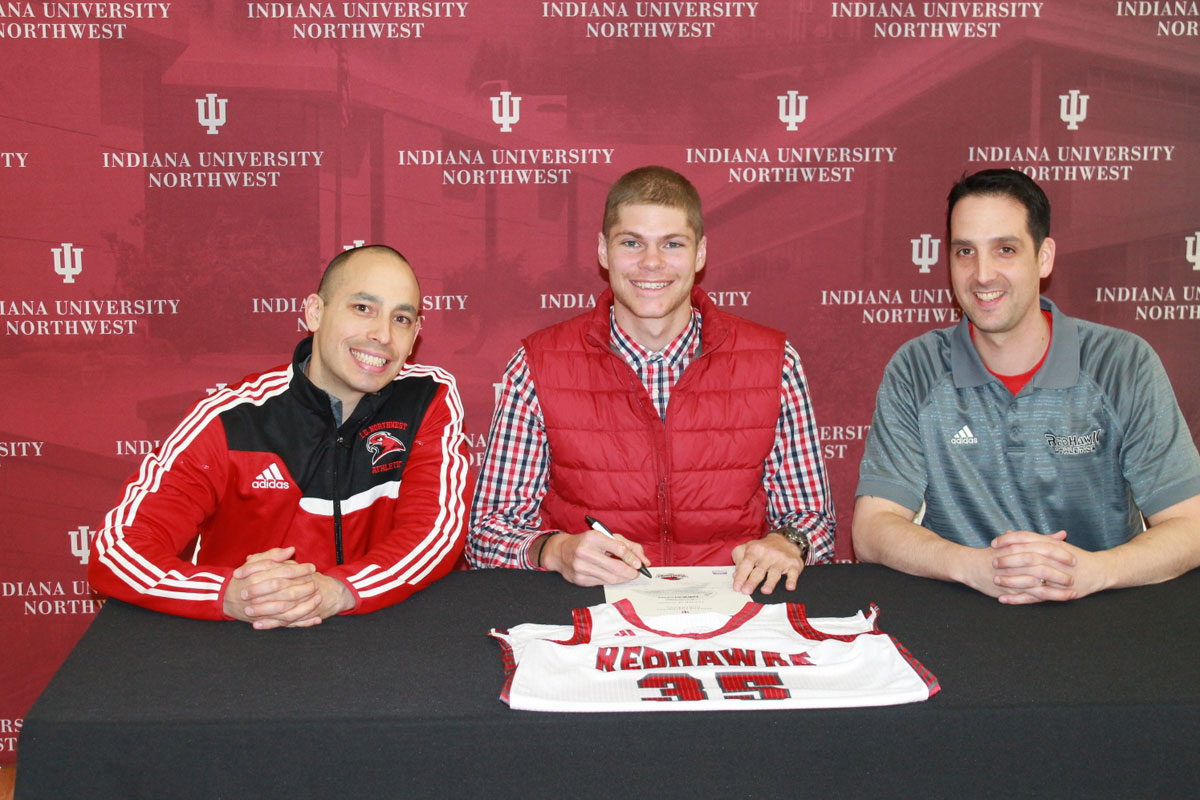 Former Valparaiso High School boys basketball standout John Mosser has decided to continue his college playing career at IU Northwest. Mosser has brought a lot of excitement to the revitalized program as the RedHawks begin to prepare for the 2015-16 season.

“We are thrilled to have John joining our program”, said Head Coach Kristofer Schnatz. “He (Mosser) adds length and athleticism to our line-up and he will immediately impact our program in so many ways” he added.

Signing a local star is what this program has been searching for this off-season and they nailed it with John Mosser. Mosser graduated from Valparaiso High School in 2013 and was named to the All-Duneland Athletic Conference and All-Area First Team as a senior. He averaged 14.6 points and 8.2 rebounds per game. Mosser shot 57% from the field, 51% from 3pt range and 78% from the FT line as a senior. He led the team in points and rebounds and was selected as the team MVP in his senior season.

The RedHawk Program will return nine student-athletes from this year’s roster including all starters from the 2014-15 season and their top six leading scorers. They also add their 2013-14 leading scorer and team MVP Brandon Grubl (16.3ppg/5.1reb), who is returning from his medical red-shirt season and the team’s 2013-14 New Comer of the Year Quentin Palmer (12.8ppg/5.6reb).

“We have a great group of young men here on campus and they are eager to get back to work this off-season” said Coach Schnatz. “We are very pleased with where our program is right now” he added.

The RedHawks are coming off a 9-19 season and a 5th place finish in the A.I.I. Conference.