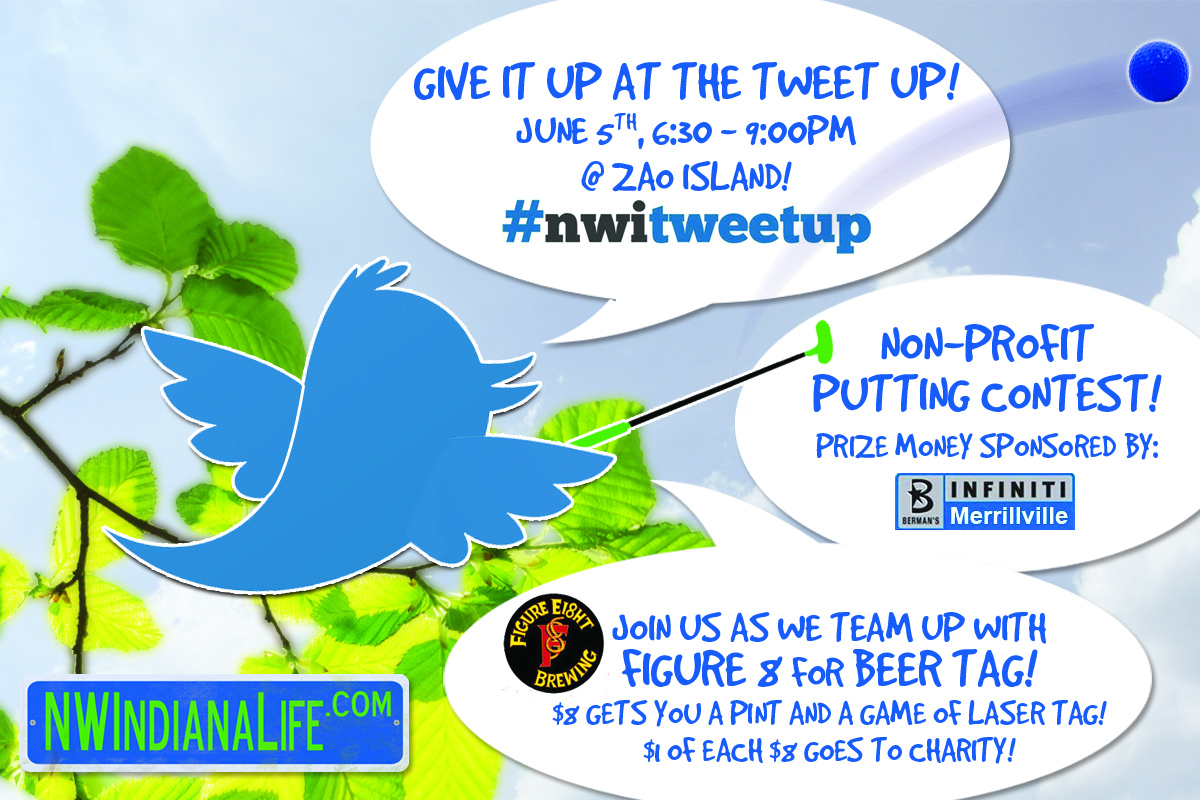 We’ll be having a blast at Zao Island with the traditional networking fare - some talk of tech and business around Northwest Indiana - mixed in with some complimentary apps from Colada’s Pizza.

Around 7:30, we’ll also be having a putting contest for charity! The team at Berman’s Infiniti of Merrillville will be donating $250 to one non-profit whose representative wins the closest to the hole putting contest on Zao Island’s tricky course.

Plus we’ll also be incorporating the successful Beer Tag laser tag event that was such a hit earlier in the year, featuring Figure Eight Brewing and Zao Island’s laser tag course. $8 will get you a beer and a round of laser tag - with $1 from each game being donated to non-profits.

The new outdoor bar at Zao will also be open to make the event even more fun!

If you’re interested in participating, send an email to Deanna Grimes at deanna@ideasinmotionmedia.com  and we’ll get everything set up.