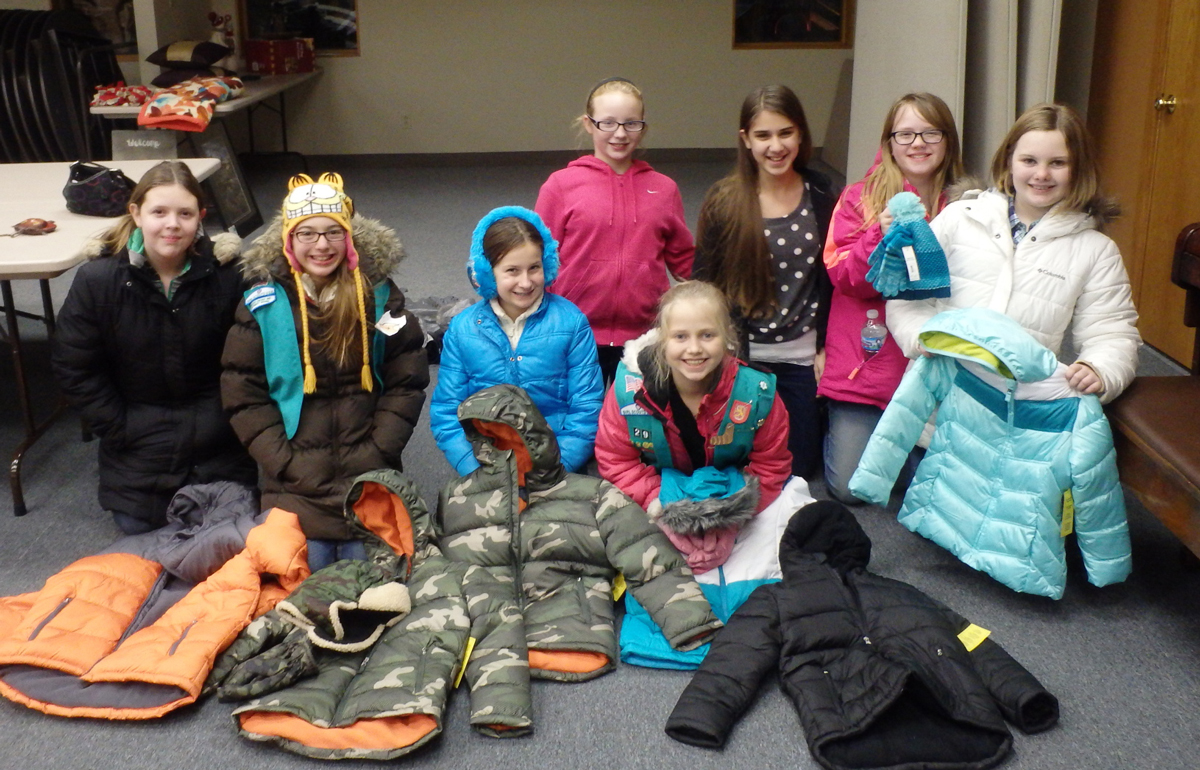 Northview Junior Girl Scout Troop 296 in Valparaiso recently had a “Pay It Forward” experience while working on their Independence Badge. In November, the Girl Scouts went to Steak 'N Shake for lunch in order to fulfill one of the badge requirements. Each of the girls were to independently order their lunch and figure out their own bill, including tax and tip.

The girls were enjoying themselves while figuring out their finances when a gentleman, who called himself “John Countryman” from North Judson, approached troop leader Donna Evory. He said he was impressed with the troop and offered to pay for all of their lunches.

The troop was overwhelmed by his generosity and decided to 'Pay It Forward'. A parent of one of the Scouts is a teacher at Thea Bowman Academy and reported that many students at the school didn't have coats for the winter. Troop 296 decided to take their 'lunch money' and double it with proceeds from last year's cookie sales.

On December 10, the troop visited the local Wal-Mart and purchased several coats, hats, and gloves to donate to students needing them. It was a rewarding experience for the girls and one that they will never forget!