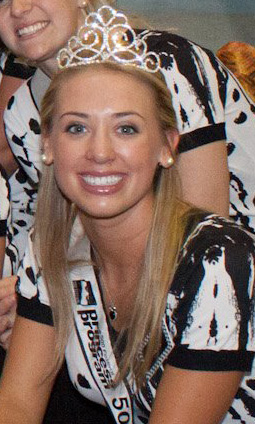 Kelsey Phillips of Chesterton is serving as one of this year's Indianapolis 500 Festival Princesses. Phillips was chosen among 274 young women from all across Indiana to serve as one of the 33 Princesses this Spring.

She was selected based on a combination of her academic success at Indiana University, philanthropic involvement, and public speaking ability. The 500 Festival Program hosts a series of events in Indianapolis during the month of May, including the IPL parade, Kids' Day, and the world's largest mini marathon. As a 500 Festival Princess, Phillips has had the opportunity to volunteer here in Porter County, as well as in the Bloomington and Indianapolis communities.

This weekend the festivities will wrap up with the "greatest spectacle in racing", the Indianapolis 500 mile race.