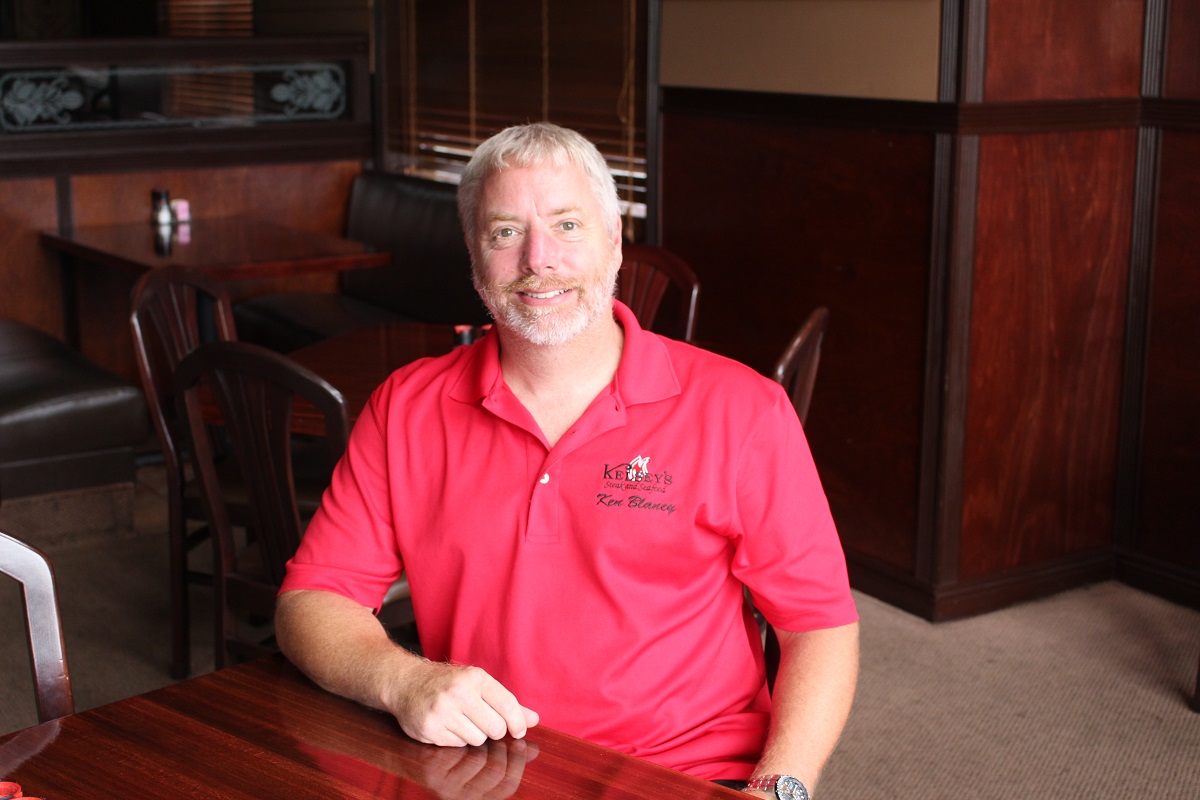 Kelsey’s Steak House has been around since the 1980s. Locations have changed, people have come and gone, but it’s still here serving up the food and experience that we Midwesterners (and others) love.

A familiar face is now back at Kelsey’s Steak House. Ken Blaney, part of the Blaney family that opened Kelsey’s all those years ago, is back on board and working alongside the Hood family to keep this Northwest Indiana landmark on the food map where it belongs.

“When you do something for 27 years it gets in your blood,” Blaney said. “I owned a construction company for about four years and decided that it was time for a change. It’s funny because right at that time, Peggy [Hood] contacted me and asked if I would come back to Kelsey’s. The two occurrences had nothing to do with each other.”

So Blaney came on staff as the general manager and has been at Kelsey’s ever since. He is in charge of ordering food and quality control. He trains staff in the front and back of the house, and does other managerial tasks.

“Our main goal is to make great food and make the customers happy. Customer service is very important to us,” Blaney said. “Kelsey’s has a special place in my heart. Peggy and I get along great. We have a good working relationship.”

Blaney’s family has been in the restaurant industry for a long time. His father, Ken Blaney Sr. opened Pinocchio’s Pizza across from the old fair grounds in the 1970s. After selling that he opened a sea food restaurant in Florida.

“I was rolling dough at age eight, shucking oysters at age 15, and grilling steaks at age 18,” Blaney said. “There is something very gratifying about making people happy through food. Give them a great experience and make them smile, it’s a feeling that money can’t buy.”

And at Kelsey’s a huge emphasis is put not only on the food, but the experience.

“People don’t come out to eat because they are hungry, people come out because they want the experience,” Blaney said. “At Kelsey’s we give them that experience coupled with great food which is why we’re still here and going strong.”