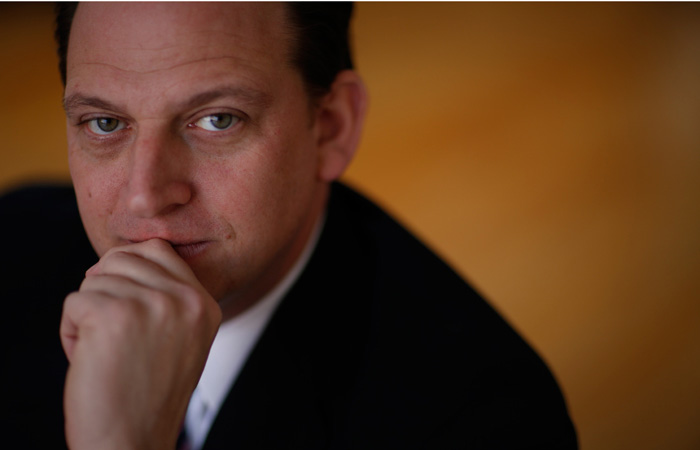 The City of Hammond has a wealth of employees and team members working toward a bright future. The thing many may not realize, however, is how many people work with the city and are not actually employed by them. One of those people is Kevin Smith, who serves as an attorney to Mayor Tom McDermott Jr.

Smith got started in law after obtaining his bachelor’s degree from the University of Pennsylvania in 1991. Deciding on what to do took some time, but after looking into his options, he attended DePaul University School of Law and completed the program in 1994.

“I was trying to figure out which direction I was going and I wanted to work for the state department or work in law, so I decided I’d take the LSAT and went from there,” said Smith.

Obtaining his Juris Doctor (JD) degree has given him many opportunities, and Smith enjoys a successful career that has provided him the ability to stay in the place he was born and raised. Hammond is still home to Smith, who loves the city and the positive changes he’s noticed around him.

“I know that the McDermott administration is making a positive impact on the city and I want to stay and be loyal to the city that raised me,” said Smith.

The McDermott administration is a huge part of Smith’s life as well. Though he isn’t employed with the City of Hammond, he works closely with the Mayor and his offices to advise them on special projects.

“I was one of his people from the campaign involved with his election and as a result he hired me to work on special projects and to be his lawyer during the transition. Then, he kept me on to work as his personal attorney as well as other projects in the city including the Port Authority and Parks Department,” said Smith.

Coming into the administration from its inception, Smith is well versed on how to best help the Mayor and city on issues that arise.

“My overall role is to keep the mayor advised of the various projects and legal issues that arise. Obviously, it's a big city with a lot of stuff going on, he relies on me to give advice and counsel on whatever issues come up,” said Smith.

Being able to not only see, but be a part of the changes taking place is important to Smith. While he gets to advise the city on many projects, he knows that his voice is heard and contributes to the overall improvements around him.

“My favorite part is being able to feel like I make a difference in my home town and that I have the ability to have my ideas heard,” said Smith. “I think, generally, I’m always excited to see things happening in the community and Hammond.”

Many positive changes are sure to happen with Smith and others helping and promoting the City of Hammond. Putting hours of work in has certainly yielded some amazing results over time and can only lead to more positive changes for the people of Hammond.

Outside of the city, Smith also serves on several local boards and is an active member of St. Thomas More Parish in Munster. Community involvement is important to him on a personal level, as well as with the city.

“I’m the attorney for a couple of boards, I coach at my parish, and I try to help out the Boy Scouts,” said Smith. “We do donate and try to be involved by sponsoring events like the festival 5k or the Hammond Hurricanes.”

Overall, being involved has given Smith the ability to meet many people he doesn’t believe he’d meet otherwise. From construction and casinos to sanitation and water issues, he’s been given the opportunity to assist the city and the residents of Hammond in various ways, and Smith looks forward to continuing that work into the future.