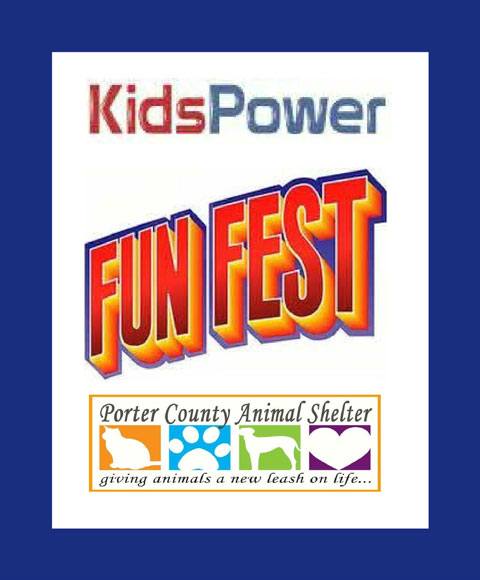 The Shelter will be open during the event, and announced that they have extended their Amazing August Cat Craze Adoption Promotion through September 23rd so that attendees at the Funfest can take advantage of the reduced feline adoption fees available through the program.

The mission of Kids Power is to support the Porter County Animal Shelter while teaching kids compassion, organization, and responsibility through community service. “Many children want to support the Porter County Animal Shelter, but are too young to directly volunteer at the Shelter,” said Angela Sinkiewicz of Kids Power. “The Kids Power Funfest is a wonderful family event that provides an avenue for our youth to be involved with supporting the animals and the Shelter,” stated Sinkiewicz.

“We are thrilled that Kids Power has organized this event to raise awareness of animal welfare issues with our young people. The Funfest is a great way for kids to support the Shelter,” stated Shelter Director Jon Thomas.