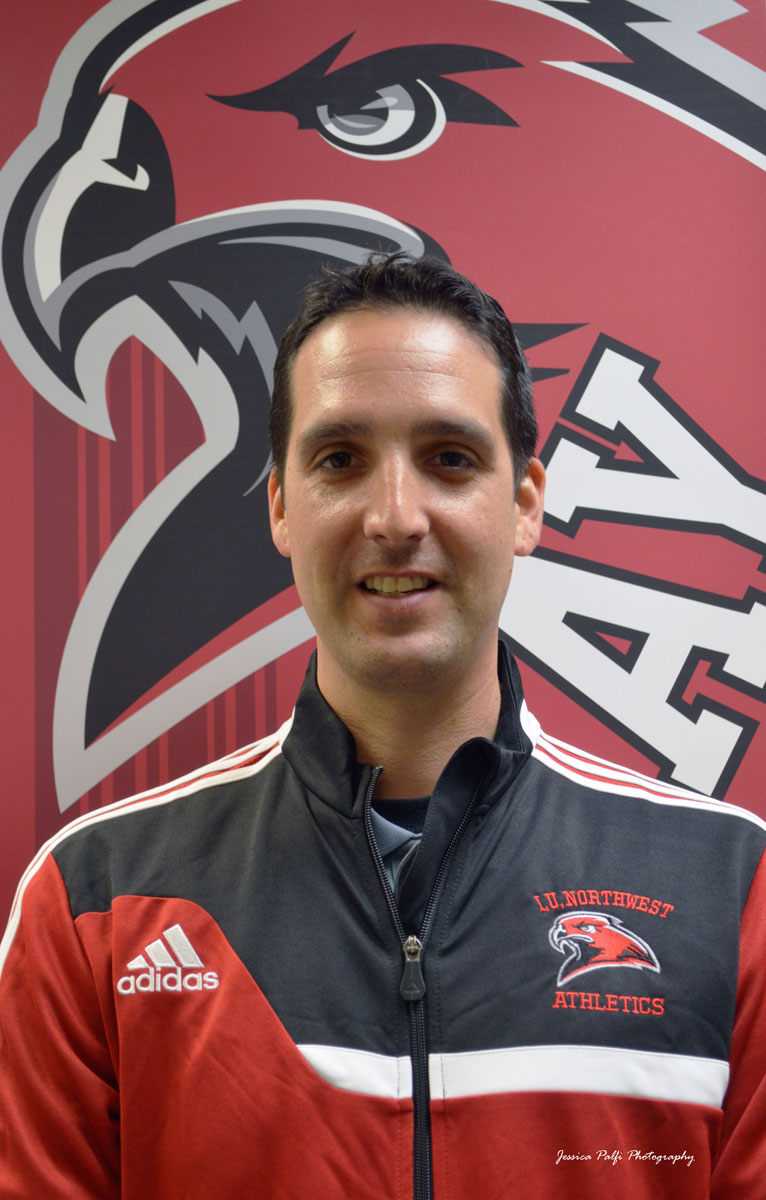 Indiana University Northwest Director of Athletics Kristofer Schnatz will lead the RedHawk men's basketball program as the head coach for the 2014-15 season. Schnatz has more than 14 years of coaching experience, including nine years with Purdue University North Central, serving as both assistant and head basketball coach.

Schnatz has retained associate head coach Javier Heridia for the 2014 - 15 season, and has also named him recruiting coordinator.

"Coach Heridia has done a great job recruiting a solid team and we look forward to signing several letters of intent over the next few weeks" Schnatz said.

The coaches look to round out the roster over the next two months as they prepare for the upcoming season.

Schnatz joined the RedHawk athletics program in October 2012 and has since been a driving force behind many positive changes on the Northwest campus.

“I have enjoyed every minute here on campus" he said. "The administration, coaching staff and faculty have all welcomed a new voice in our program and have taken an active role in creating an outstanding environment for our student athletes.”

The 2014 - 15 RedHawk men’s basketball schedules will be released in mid-July.

For more information, visit iunredhawkathletics.com or follow them at @IUN_RedHawks.