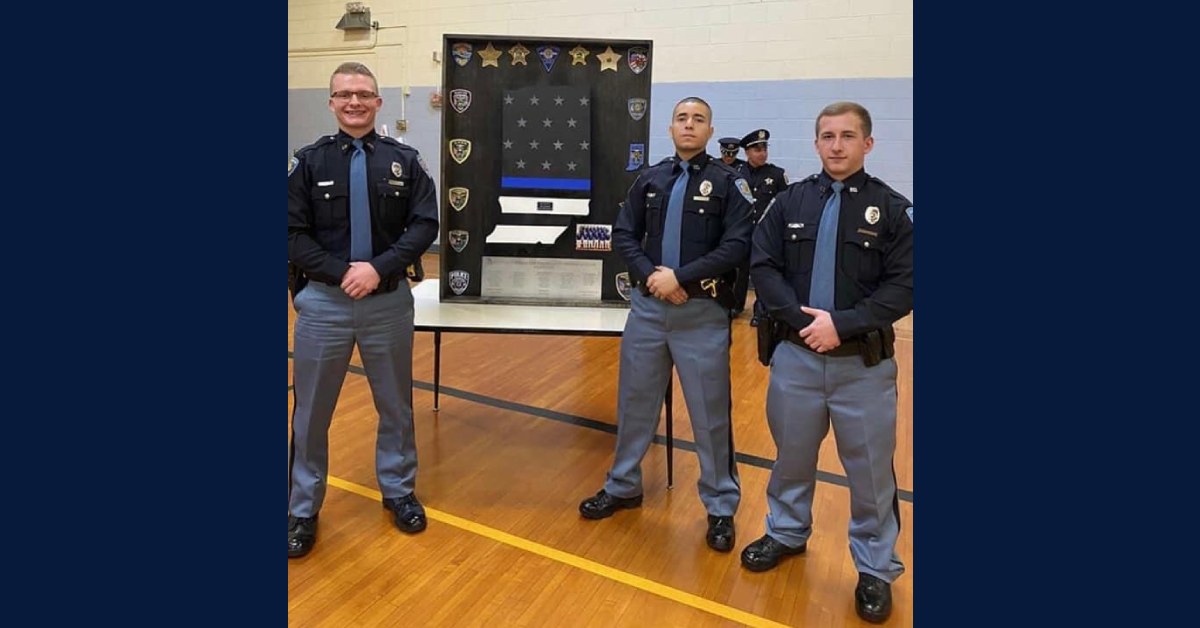 “The early part of your career is the most exciting,” said La Porte Police Department Chief Paul Brettin. “That’s when you’re the most gung-ho. We all think back to when we first started and when the entire world was in front of you. No matter if you’re 30 years into the job or just a few years, it’s exciting to see their enthusiasm. It’s good for the department.”

“The city has been so receptive to the needs of the department,” Brettin said. “We were once one of the lowest paying departments in the area, but starting next year, we are going to be in line with bigger cities like Michigan City.”

The department will also receive new squad cars to replace its aging fleet and has started to use electronic reporting with the support of the city.

“With electronic reporting, citizens can now report incidents and crimes online, which is an important step in ensuring our officers aren’t being pulled from where they are really needed,” Brettin said.

Mayor Tom Dermody echoed Brettin’s excitement, emphasizing how important it was for the city to grow the department.

“This has been a longtime goal of ours,” Dermody said. “We were down to 31 officers, we had officers leaving and retiring, so when we brought in new leadership with Chief Brettin and Assistant Chief Nate Thode, we got to work with changing the culture.”

“Despite the tough times, we made public service a number one priority,” he continued. “Chief Brettin and Assistant Chief Thode have done a fantastic job. We have officers now who want to stay and serve this community.”

“These officers are here because they want to be here, which is exciting for our growing community,” Dermody said. “We’ve hired officers from Illinois, Porter County, Lake County, Marshall County, and all over the state. That’s exciting because, while people may think an officer should be from the community, the fact that they’re ready to serve and live here is really important. You don’t have to be homegrown to do a good job of serving your community.”