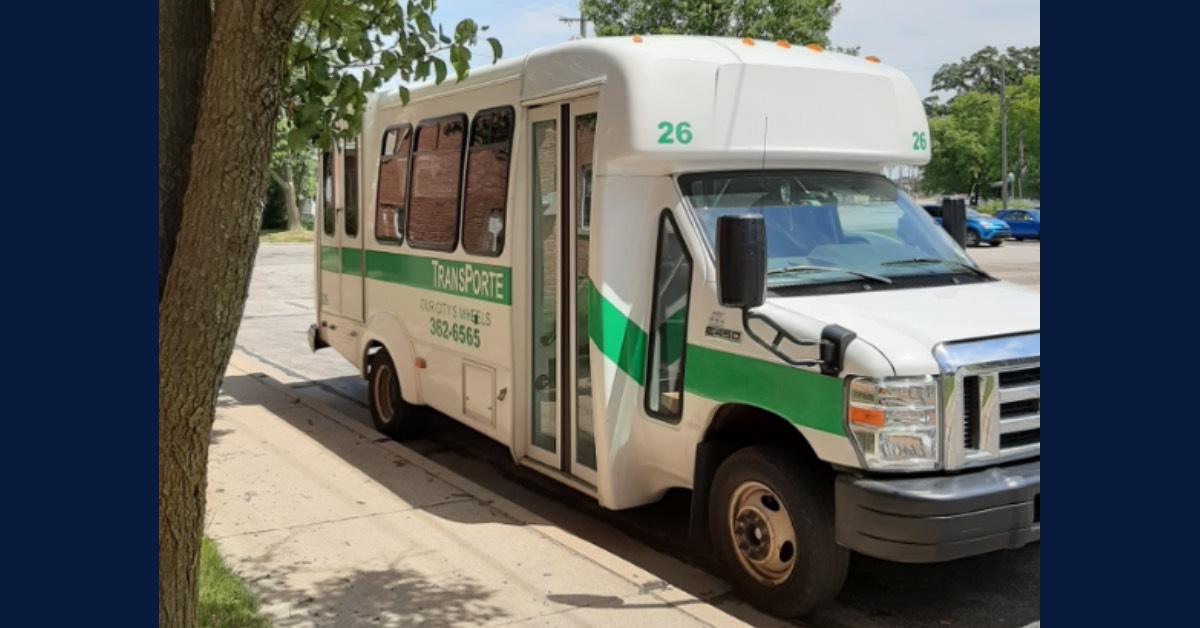 You may have seen the green and white bus cruising around the City of La Porte, dropping off city-goers and making its way all around the city's urban sprawl. Have you ever wondered where the bus is going, who it’s transporting, and what its purpose is? According to manager Beth West, the transportation service is referred to as TransPorte and is available to everyone who visits the Downtown La Porte area.

“We are a curb-to-curb, on-demand service,” West said.

As a way to provide to commuters within city limits, the City of La Porte revamped its TransPorte program for those who need a ride in and around the area. Known as “our city’s wheels,” the bus acts as La Porte’s transit system.

“You call in and talk to one of my dispatchers, tell them what you need, and then we send a bus to you,” West said. “They pick you up in front of your house and take you wherever you need to go within the city limits of La Porte.”

TransPorte has a chart of one-time fees or ride passes on their website, which denote pricing for ages of riders. Rides are open to those who can travel independently or those who travel dependently with a personal assistant or helping hand. All buses are wheelchair accessible. The service is available from 6 a.m. to 6 p.m. Monday through Friday and 9 a.m. to 2 p.m. on Saturdays.

According to West, the original service has been in operation since 1973, but has been modified through advancements in transportation.

“It was a route service, so certain buses had certain routes that they had to take daily, similar to Michigan City’s transit system,” West said.

She recalls the days where the buses ran a prompt schedule since it’s how she got back and forth when she was growing up in La Porte.

“It would go in front of my parent’s house, and I’d catch it on the corner and take it uptown and be able to go to the library and do whatever since I was not old enough to drive yet,” West said.

Flash forward to now, West is happy to have experienced the program’s growth into a one-call, one-stop operation as manager when she started in February of 2020.

“It’s kind of surreal now that I am actually managing it,” West said.

“Walmart is very popular,” she chuckled.

Aside from errands, West encourages those who are visiting the City of La Porte on the weekend to utilize this service as a way to avoid spending money on gas and save time finding a parking spot.

“Call our dispatcher to set up rides with our two buses that usually run on Saturdays,” West said.

To learn more about how TransPorte is providing to La Porte residents and its rider policies, visit www.cityoflaporte.com/departments/transporte.