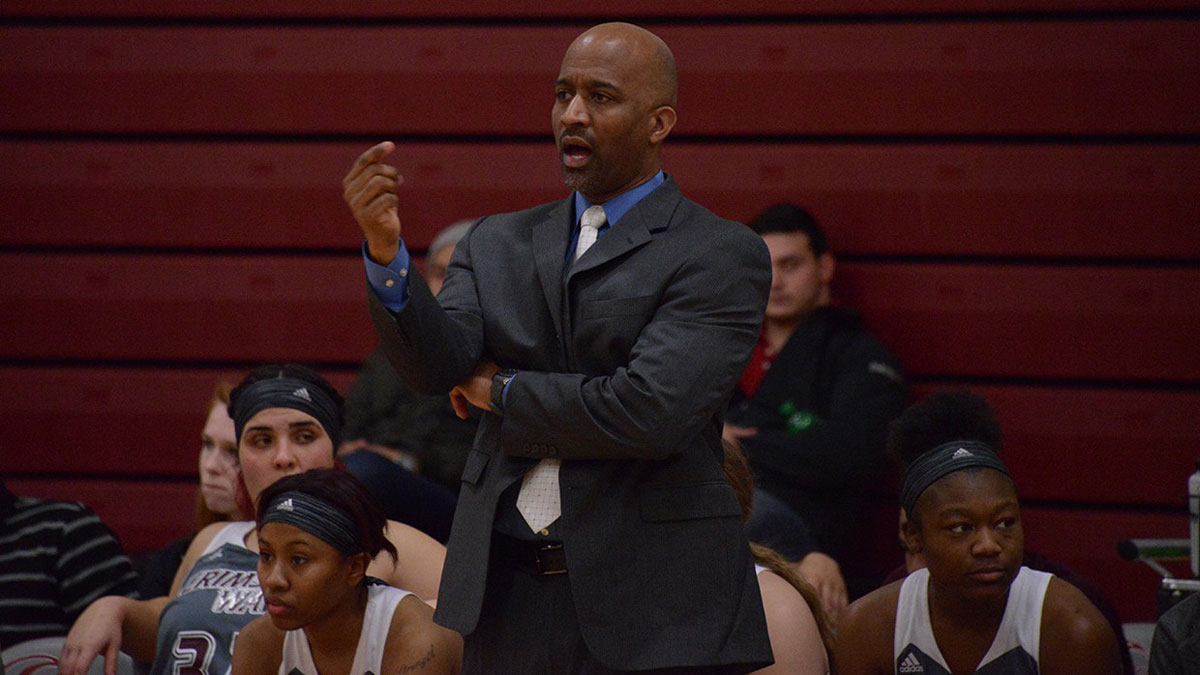 After coming off a four game road trip in which they did not't secure a win, the Calumet College of St. Joseph women's basketball team was looking to close the year out right. CCSJ welcomed Kalamazoo College to the Rittenmeyer Center for their last action of 2017, and did just that. The Lady Wave limited their turnovers, while three scored in double digits, as the Crimson Wave took the game on a last second shot 69-67 in Whiting.

The first quarter set the pace of the entire game, one that would prove to be more of an offensive shootout than a defensive battle. Five different CCSJ (4-11, 0-7 CCAC) scored in the opening frame, but a late run allowed the Hornets to take a three-point lead into quarter number two. After Kalamazoo (4-7, 1-2 MIAA) hit a jumper to start the second, increasing their lead to five, the Wave stormed right back. Krystina Barksdale (FR/St. John, Ind.) scored seven straight points, part of a Crimson Wave 13-3 run. Calumet couldn't find the bottom of the basket for the last 2:14 seconds of the period however, allowing Kalamazoo to end another quarter with the lead, two points to be exact heading into the intermission.

The Hornets used the momentum gained right before the half to dominate the third quarter. While they never led by double digits, Kalamazoo held a comfortable lead throughout the frame, pushing it to nine points on several occasions. Down by five with only ten minutes left in regulation, the Wave scored the most points in any quarter on the afternoon right when it mattered. After the Hornets pushed their lead into double figures for the first time in the game, the Wave caught fire. CCSJ went on to score the last 12 points of the game, including a Tenaytia Sanford (SR/East Chicago, Ind.) layup with two seconds left on the clock to secure their fourth win of the season, and last of 2017, 69-67.

After the game head coach Steve Helm was pleased with his team's overall effort. "We had to work hard for it, that's for sure. I think that playing hard for 40 minutes was what we had to do to pull this game out. We were a little shy on the rebounding side of the ball, and I think that's what kept Kalamazoo in the game. Not a lot of turnovers for us though, which is good, and we were executing the offense game plan. I was just happy to see us stick with it, keep working, and pull it out in the end."

Kalamazoo pulled down 21 offensive rebounds, leading to 14 second chance points, but the Crimson Wave did a nice job limiting those opportunities in the closing minutes. The Wave were outrebounded in the game 53 to 28, but led in terms of points in the paint (20-10) and bench points (25-17).

Calumet will open the 2018 portion of their schedule this Wednesday when they welcome Grace Bible to the Rittenmeyer Center. The Wave's last tune-up before conference play kicks into gear is scheduled to tip off at 6:00 pm. It will be a good barometer to see if the team is ready for the conference battles that await them. "I think we just need to continue to build off of this game, in terms of preparation for CCAC play," said Helm. "Rebounding is something that we have to continue to get better at, and we must be sound fundamentally. The biggest key is communication. That has to improve."