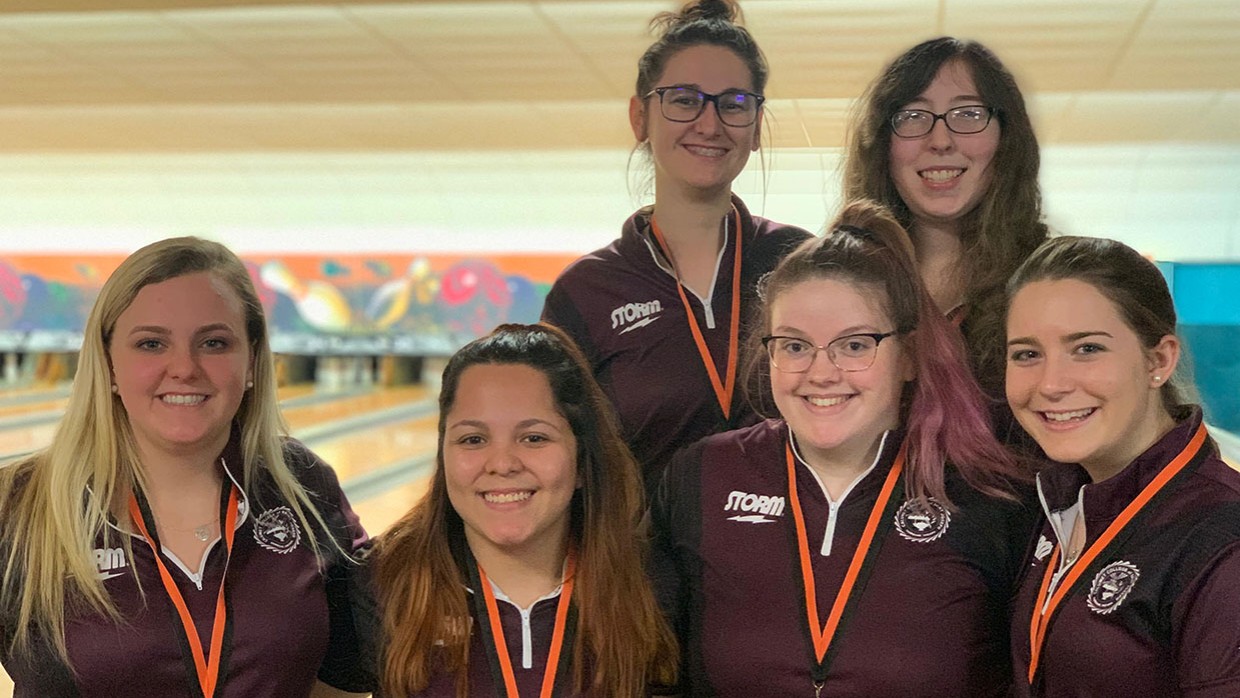 The Calumet College of St. Joseph women's bowling team headed into action for their only tournament this month when they took the trip east to play in the Falcon Classic. One would be safe to assume that the team would be rusty after going a month without seeing tournament play, but that certainly wasn't the case here. The Lady Wave dominated play during the one-day tournament, turning in their best finish of the season.

HOW IT HAPPENED
The Crimson and Gray got off to a hot start during the one-day tournament, dominating in the individual round. The team finished with a combined total of 5,085 pins during the initial five games, more than 100 pins better than the closest competitor. Lindsey Norton took home the individual trophy with a nine-pin victory over the second place finisher from Wright State. Danielle Rudnickas (SR/Highland, Ind.) and Viktoria Hines (JR/La Porte, Ind.) also placed in the top 15, finishing in a fifth and 14th place respectively.

The Wave would cool off during the 12 round baker format to finish off the tournament, but not enough to stop them from turning in an impressive result. Cal College finished with 2,115 pins in the baker round for a grand total of 7,200. Unfortunately, Wright State dominated in baker play with an impressive 2,324, which allowed them to finish just 58 pins ahead of the Wave for the tournament title. The Crimson Wave still took home second place however, their best finish since they placed second at the Glenn Carlson Las Vegas Invitational back on December 19th of last year. The JV team also had an impressive finish, taking home the title in their division.

WHO'S ON DECK?
The women will play the first of three tournaments during the month of December starting on the 1st when they participate in the Warhawk Open. The two-day tournament will take place at Stardust Bowl in Addison, Ill.

For up-to-the-minute Crimson Wave sports news, including a full recap of the next meet, visit us at ccsjathletics.com or download the CCSJ Athletics App on Google Play or the iTunes store. You can also follow CCSJ Athletics on social media on Facebook, @CCSJAthletics on Twitter and @crimsonwaveathletics on Instagram.