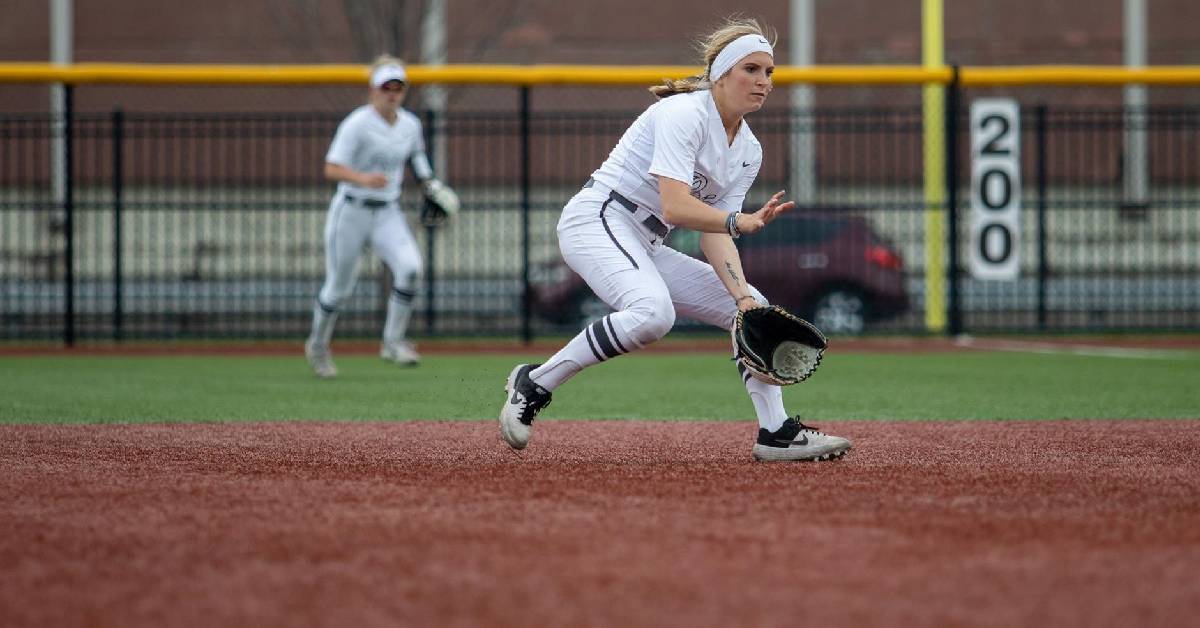 GAME 1: GVSU 7, PNW 3
The Pride jumped out to a 3-0 advantage and stayed out in front as Courtney Blackwell blanked the Lakers through four innings.

Ashley Bravo's two-run single with the bases loaded in the first got the scoring started. Then, Sabryna Stanley crossed the plate in the second inning on a Montana Martinez RBI ground out.

However, that was all the scoring for the Pride as GVU's Hannah Beatus buckled down to secure her ninth win. The right-hander struck out 14 with six hits and four walks allowed. She retired 12 of the final 14 batters she faced.

The Lakers tied the game on a bases-clearing, two-out double by Nikoma Holmen in the fifth, and then tacked on four more in the seventh to pull out the come-from-behind victory.

Taylor Stevens went 2-for-4 at the plate, extending her hitting streak to eight games, while Bravo collected two knocks and a walk. Aubrey Shroyer recorded her team-leading seventh double and she has now reached safely in 11 consecutive outings following the doubleheader.

GAME 2: GVSU 5, PNW 4
PNW plated a pair on Stevens' double in the third to take a 2-1 lead. Stevens, the reigning GLIAC Softball Player of the Week, leads the squad with 20 RBIs on the season.

After GVSU took a 4-2 lead, the Pride responded again with two more runs in the sixth to even the score.

Briana Poehler (2-for-3) roped an RBI double while Montana Martinez recorded a pinch-hit sacrifice fly. The sixth-inning rally started with back-to-back singles by Madison Schultz (2-for-3) and Jessica DeBoer (1-for-3).

Making her first start, freshman hurler Maddison Roop was solid across 6.2 innings with only four earned runs allowed and a pair of strikeouts.

GVSU pushed the go-ahead run across in the seventh after a pair of PNW errors led to a fielder's choice RBI.

Nine of the Lakers' 11 hits in the nightcap went for singles. The Pride tallied seven hits against GVSU's Ashley Platek, who improved to 6-2 in the circle following the complete-game effort.

NEXT UP
PNW resumes the homestand this weekend with a pair of doubleheaders against Ferris State (Sat.) and Northwood (Sun.) out at Dowling Park.