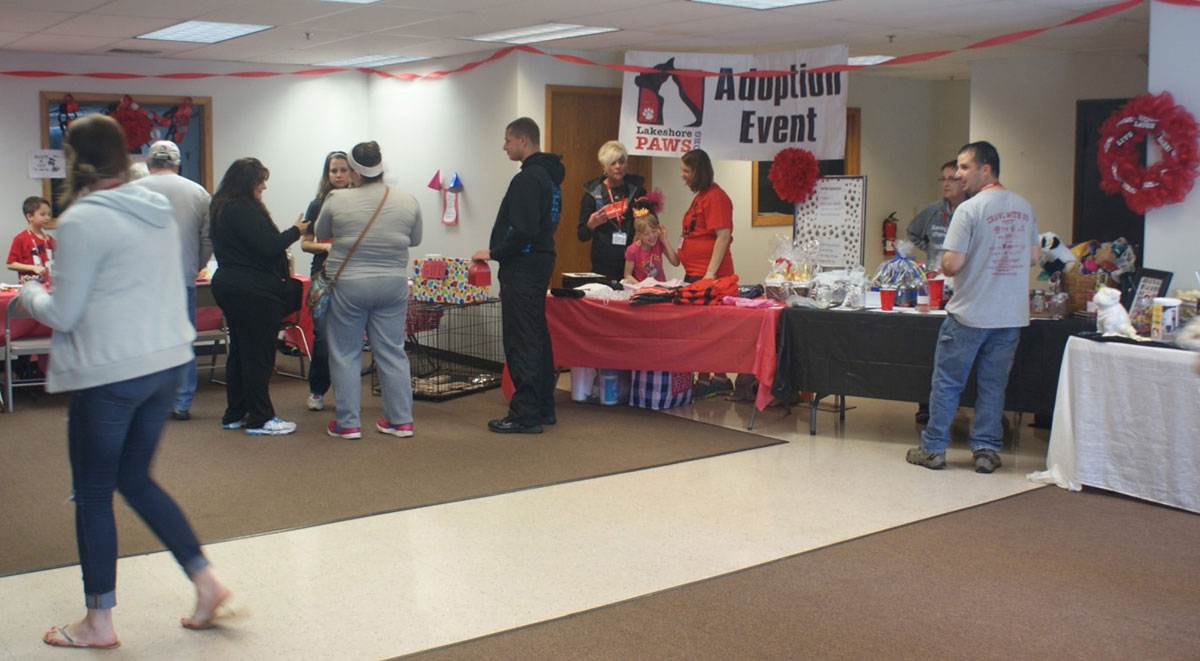 Lakeshore PAWS celebrated four years of successful animal rescuing while hosting an adoption event on April 11 that helped draw interest throughout the community.

With the help from donors and volunteers, over 1400 successful adoptions have been generated through Lakeshore PAWS. Jeanne Sommer, executive director of Lakeshore PAWS, said that she has been rescuing dogs and cats since she was a child.

“There is such a need for it and it was too sad to go to shelters,” Sommer said.

Sommer started Lakeshore PAWS with the idea of having a facility that could help find “forever” homes for animals that deserve a chance at life. She said that most dogs are considered to be in their second homes, and Lakeshore PAWS tries to match them with potential qualifying adopters.

Sommer said the term forever home started when they realized that most of the animals coming in did not really have a home their first time around. She said by counseling with adopters, Lakeshore PAWS is able to find stable homes for their animals.

The celebration birthday party was also a first event for the Junior PAWS. Sommer said Junior PAWS is a group that started within their organization to allow kids and young adults to participate in volunteer work for Lakeshore PAWS.

“We were trying to find a way to get the kids involved,” Sommer said.

Molly Judd, a board member and treasurer for Lakeshore PAWS, said that the community has really made them feel welcomed while achieving the four year milestone. Raising awareness has always been a milestone for Lakeshore PAWS, and Judd said the party was a way to do that and celebrate the accomplishments with staff and volunteers.

Sommer said the first two years were somewhat difficult because the organization did not have a set facility. After getting the center, she said the adoption rate grew.

Lakeshore PAWS continues to host several events a month to raise awareness and find forever homes for their animals. Some of these events include the Lakeshore PAWS Pup Crawl that will be held June 20 in Central Park in Valparaiso.