“It could be the person standing next to you in line at the grocery store.”

This month, the Invisible Project - Making Visible Stories of Homelessness exhibit is being displayed at Lakeside Wealth Management in Chesterton as a way to promote the project's goal of bringing awareness to homelessness in Porter County.

In Porter County, around 160 individuals are homeless on any given day. Unfortunately, figures and statistics don’t tell the entire story. In most large cities across the U.S., it’s not hard to find homelessness; but, because homelessness in Porter County doesn’t conform to our assumptions and the way we typically imagine someone who is homeless, it goes largely unseen.

In 2015, stories from brave Porter County residents who were homeless or who identified as homeless were collected by the Welcome Project, which is a collection of regional oral histories. The audio and video clips collected were then used and displayed as a fundamental part of the interactive exhibit, which ultimately hopes to educate and inspire action.

“The exhibit opened in April 2016 so it’s been on the road for about a year now,” said Megan Telligman from the Porter County Museum. “There were a lot of groups that came together to make this possible but it sprung from local shelters hearing, particularly, from female clients about feeling invisible. So, we titled the project the ‘Invisible Project’ to make visible stories of homelessness in Porter County.”

The extensive project, which includes in-depth visual and graphic representations of the reality of homelessness in our communities, took around a year to put together and was built by the Porter County Museum.

“It really is a true community effort,” Telligman said of the project. “The tagline, ‘Making Visible Stories of Homelessness,’ is really telling. It’s to bring awareness, probably first and foremost, that homelessness does exist in Porter County because many people, I think, believe that since you don’t see the typical ‘tells’ of homeless individuals, like people begging on street corners, that it’s not happening.”

“In Porter County, it’s largely women and children that are homeless. These are people that are sleeping in their cars in parking lots or are frequenting local shelters. It could be the person standing next to you in line at the grocery store,” Telligman explained. “It’s not visible in that it is not your stereotypical homelessness, or what we think of as homelessness.”

Having worked to further the mission of organizations involved in the project in the past, Lakeside Wealth Management was excited to be hosting the exhibit. Their hope is to help bring attention to a problem of which many Porter County residents simply aren’t aware.

“We heard about the Porter County Coalition for Affordable Housing through Housing Opportunities,” said Jenn Brown, Corporate Communications Manager with Lakeside Wealth Management. “It’s interactive with audio and video which is perfect for our space. You really get the feel of what people have gone through and you see that it happens right here in Porter County.”

“It’s here until July 3rd," Brown added. "We coordinated the time of the display with several client events we have planned in the coming weeks. We’ve worked to bring attention to most of the agencies involved in the project so it really made sense to host it here, and continue those efforts.”

The Invisible Project exhibit has been making the rounds throughout Porter County libraries and museums over the last year, and Telligman was excited by the prospect of getting companies like Lakeside Wealth involved in the mission.

“Lakeside Wealth is, I believe, the first company to host the exhibit,” she said. “We were happy that Lakeside Wealth was willing to host it and they have just a great space for it as well. It’s a different audience and we’re very thankful for that.”

The project is a result of a collaboration between the Porter County Coalition for Affordable Housing, Housing Opportunities, Gabriel’s Horn, Dayspring Women’s Center, the Welcome Project and Professor Yeohyun Ahn’s 598 Graphic Design course at Valparaiso University, as well as the Porter County Museum.

To find out more about the Invisible Project exhibit, click here! 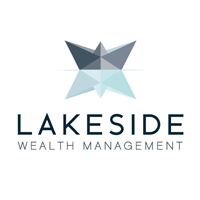