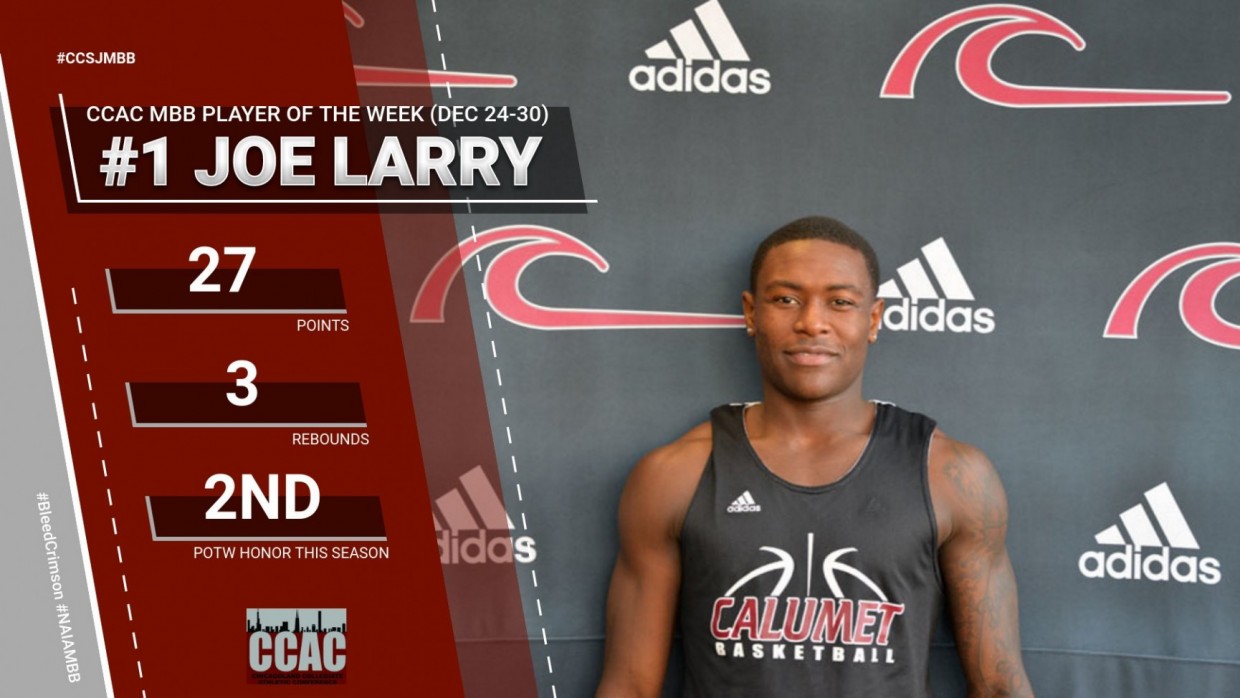 Larry was instrumental in the #22 Crimson Wave's only game last week, as they took down Aquinas College 74-58 this past Saturday afternoon. The senior guard scored 23 of his 27 points in the first half, and ended the game with three rebounds, two assists, and one steal. Larry was a perfect 7-7 from the free throw line, and hit 80 percent of his shots from downtown.

Through 14 games this season, Larry is averaging 18.2 points per game during his 33.7 minutes played each night. He has also dished out 45 assists and has come away with 26 steals. This week's honor marks the second time this season he has come away as the player of the week, and the first time since a CCSJ men's player has won it multiple times in several seasons.

Larry and the Crimson and Gray start their 2019 portion of the schedule tomorrow night, hosting Saint Xavier at the Rittenmeyer Center in the makeup of the postponed game back in November. Tipoff is slated for 7:00 pm.