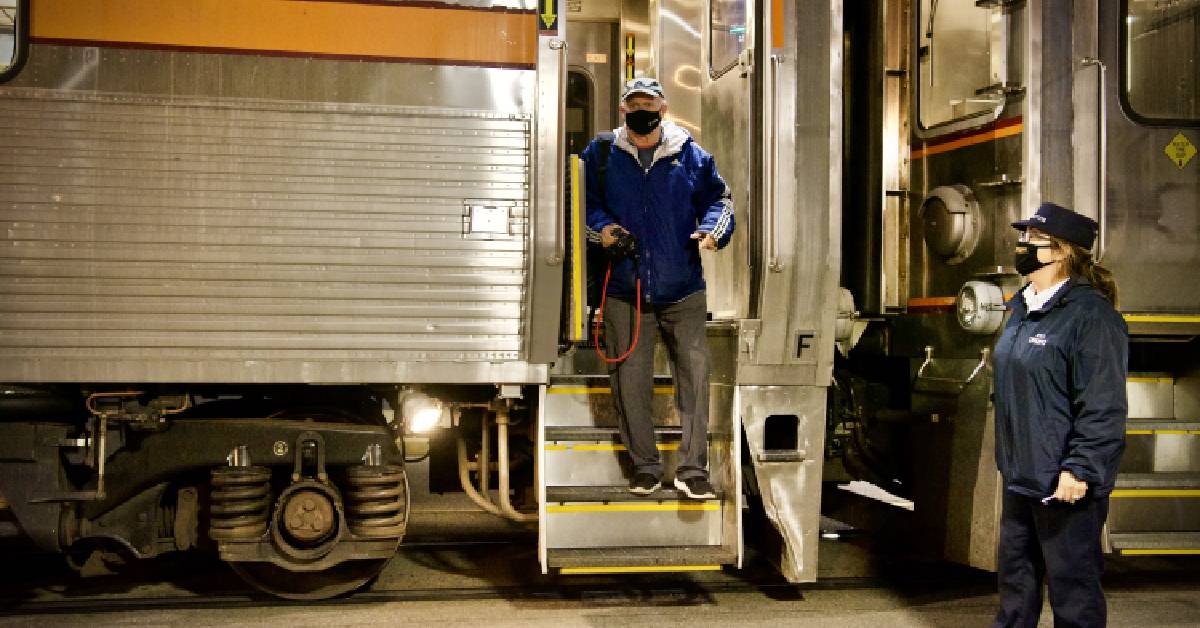 In the calm, early morning hours, while most of the area was asleep, a dedicated group of hardcore train enthusiasts gathered to witness history in the making. As the 2:18 a.m. train rolled to a stop at the Michigan City station, and its sole passenger stepped from the train down to street level, a new era in the Region quietly began.

“This means a lot to me,” said passenger Bruce Stahl as he stepped down from railcar #10 of the eastbound train. “As a railway fan, it’s a pretty cool thing.”

Stahl, a Michigan City resident who teaches history at a local school, boarded the train at the Beverly Shores station specifically for this event.

“I’ve been out here all evening, taking photos. This is quite the event. I teach history and being here right now, I feel like I’m part of history in the making,” Stahl said.

The 11th Street Station truly is a piece of history. Dating back to May of 1927 when it was opened, the station stayed in operation from that day until 1987 when the building was closed off to the public. Passengers along the line currently wait for their trains in a warming shelter next to the roadway at the southeast corner of the adjacent parking lot.

Tonight’s closing of street boarding marks the end of interurban railways in the area.

The station will be closed for an extended time to allow for pre-construction to begin on the new 11th Street Station, which will feature some styling cues from the original historic building while helping to usher in a new, modern era for rail transportation in the area. The change is part of the South Shore Line’s preparations for the upcoming double track program which will greatly improve travel times across the Region and improve service frequency.

In addition to seeing reduced travel times and improved service, safety will be greatly improved in Michigan City since the train will no longer be traveling in the same roadway as drivers, pedestrians, and bicyclists. The station at 11th Street will be improved, so passengers will be able to board from high-level platforms rather than the street level, and some of the at-grade crossings between Sheridan Road and Michigan Boulevard would be closed.

David Pranckus was the train engineer who guided the train to its last stop at the old 11th Street Station. He’s seen many changes during his 25 years of service with the railway and is excited to see what this new project will bring to the area.

“These are exciting times! It’s a big public works project that I think will bring a lot of good-paying jobs to the area. It’ll help make the trip from here to Chicago much quicker and easier,” Pranckus said.

Anyone interested in learning more about the South Shore Line is invited to check them out online at www.mysouthshoreline.com/