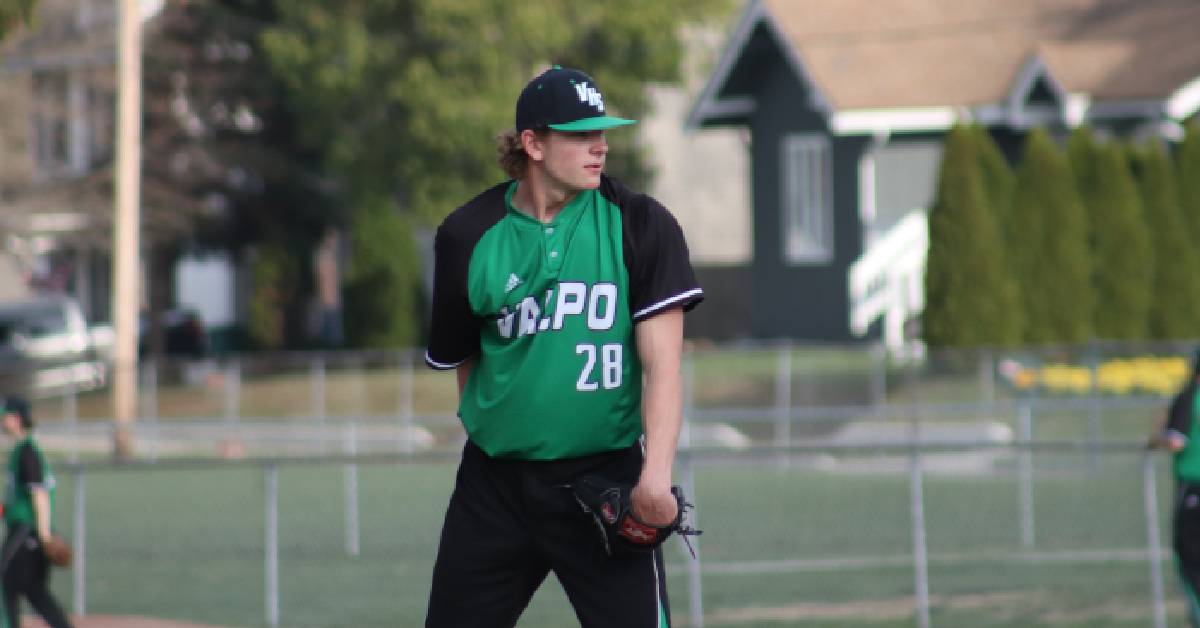 The Valparaiso High School Junior Varsity Baseball team travelled to Chesterton Wednesday seeking to sweep the two-game series with the Trojans. Chesterton scored two unearned runs on three Viking errors in the bottom of the first inning and the scored stayed the same until the top of the seventh inning.

Viking starter Nathan Guzek pitched well over 5 1/3 innings, allowing only two hits and the two unearned runs. Guzek's effort kept the Vikings in the game and helped set the stage for the seventh inning. After a flyout to open the Viking half of the seventh, the next nine hitters reached base. Ian Wilson delivered a key bases-loaded single that brought home two runs to tie the score and drive the Chesterton starter from the mound. After a pitching change the Vikings plated four more runs to complete the rally, turning the two-run deficit into a four-run margin. Ian Wilson retired all five hitters he faced over the final 1 2/3 to earn the victory for Valparaiso (3-1).