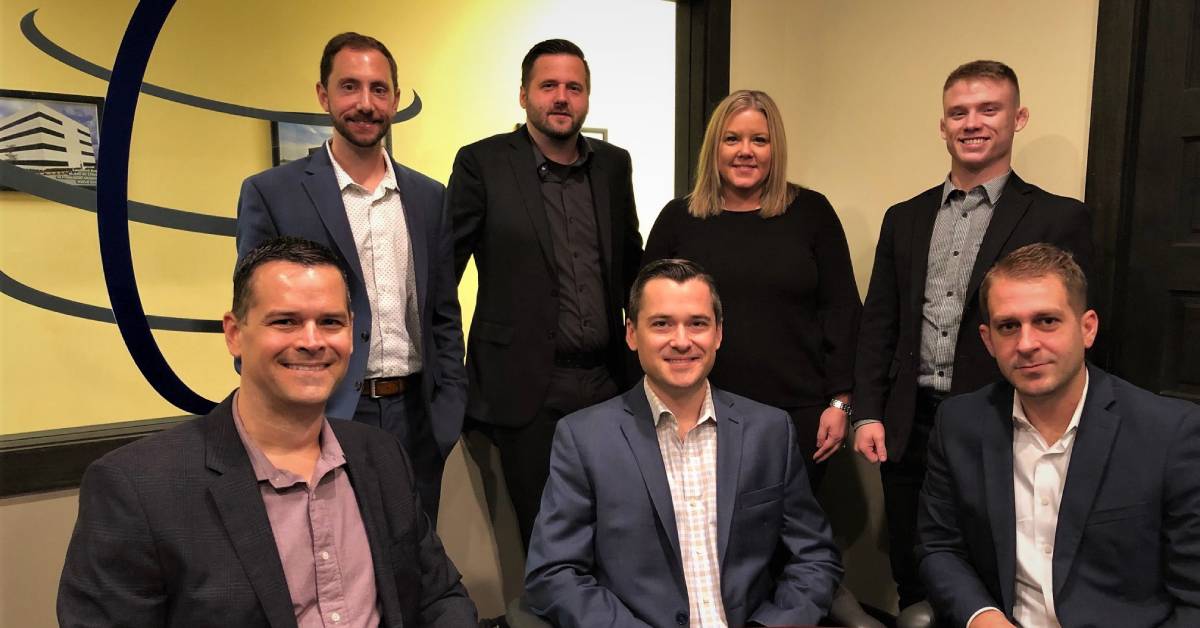 If you live in Northwest Indiana, chances are you can identify at least a handful of the many iconic properties that Latitude Commercial has managed, sold, and influenced over the last 10 years. As a leading commercial real estate brokerage firm in Northwest Indiana and the South Chicago suburbs, Latitude Commercial specializes in enhancing area potential and guiding clients toward excellence through expertise, cost-effective solutions, and talent.

On the advent of their 10-year anniversary, the Latitude Commercial team shared some of their fondest memories and takeaways, insight on their continued growth, and excitement for the years to come.

One thing the entire team has in common is their commitment to Latitude Commercial, and part of that commitment stems from their belief in teamwork, diligence, and honesty in their field.

“I believe our culture, camaraderie, and work ethic makes us more effective doing our job,” said Aaron McDermott, co-founder and President of Latitude Commercial. “Latitude feels like an extension of myself and visa versa.”

“I strongly believe that hard work pays off and that nothing worth having ever comes easy,” said Ryne Pishkur, Director of Property Management. “I also believe in honesty, integrity, and always doing what is right because that’s the way everything should be done and that is what you want reciprocated, whether it's in a business partnership or a personal relationship.”

“The Latitude model of business, and all who work here, share these same values and beliefs, which makes working at Latitude rewarding and enjoyable,” Pishkur said.

“I believe in being honest and always being willing to take on new challenges,” said Meghan Delacruz, Director of Finance. “I think that Latitude operates in an extremely honest manner, whether it be with clients or among ourselves.”

Delacruz also credited leadership in the company for keeping the team sharp.

“Aaron is full of ideas and is constantly thinking outside the box, which often brings on new challenges in our day-to-day functions,” she said. “The ability to be ready to take on new tasks and have an open mind allows us to all grow individually and as a team.”

Antony Miocic, Office Group Director, said that the flexibility of working both independently and with a team gives him the tools to succeed, and that it certainly doesn’t hurt to have built such strong relationships with his coworkers and clients.

“You need to have the motivation to wake up every morning and be enthusiastic about the properties and people you work with,” he said.

“It really comes down to the culture,” said Associate Cade Weiler on the aspect he cherishes most about Latitude. “Here at Latitude, there is a culture of producing consistently. I personally love being part of a culture where I can thrive to do my best work and help those around me. Having great feedback from the team is fantastic when it comes to projects and accomplishing goals.”

McDermott also believes in the value of giving back.

“The agents in the office all give back to the community in some way through charity work,” he said. “That is something I learned early on from both my father and my fraternity in college.”

Everyone at Latitude Commercial remembers a specific moment where they grew professionally, or a deal of which they’re particularly proud. Brett McDermott, co-founder and Vice President of Latitude, remembers the company in its fledgling stages when he and his brother first began planning.

“It all started with Aaron having a dream and pulling me in for the ride,” Brett McDermott said. “I was young and wasn’t sure what I wanted to do with my life, so I figured I would give real estate a try. Here we are 10 years later with a group that shares the same mentality of wanting to grow our brand and continue to help build Northwest Indiana.”

“When I think back at the last ten years with Latitude there are so many great moments we’ve had together that it’s hard to point out just one,” Aaron McDermott said. “I do remember starting it out and having the conversation with Brett about quitting his job in Chicago to come start up a commercial real estate company with me. I can’t believe he listened to me!”

“I have been here for eight years now, and the growth of not only the company, but myself personally, is incredible to think back on,” Rapchak said. “From the days of just Aaron, Brett, and myself trying to make ends meet in a tough economy and being new in the business, to the present day with all of our current successes, is a testament to the perseverance of our team.”

Other team members’ memories stemmed from flukes and learning experiences that strengthened their appreciation for their work. Miocic remembered spending all of his time and energy on his first transaction, showing an office suite multiple times and receiving an underwhelming commission in the end.

“I could tell the landlord was wondering why I was doing so much work for such a small transaction,” he said. “At the end of the day, the experience was worth more than the money.”

Delacruz unwittingly set off an alarm while showing a vacant property—once, then once again!

“I think it took me three trips there to finally figure it out and not set the alarm off or have the police called. I still dread going to that property to this day,” she laughed.

Pishkur’s most memorable moment would be a hard one to forget: a large blockage in the main sewage line of a property (which he was attempting to rectify) causing a chain reaction that ultimately led to a toilet explosion.

“The plumber and I were mortified that our work caused this to happen and we quickly went to work cleaning the three bathrooms for the tenants,” he said. “It was very messy and unpleasant, but I couldn't help but feel grateful while cleaning that no one was sitting on the toilets when it happened.”

In the most challenging moments, each Latitude team member proved they can take care of business.

Given the wealth of experience already in existence, Latitude Commercial is propelled to further success. Here are some team member predictions.

“I still love doing this job after 20 years in the business,” Aaron McDermott said. “Ten years from now, I see Latitude having another couple locations somewhere outside of Northwest Indiana. I see myself more heavily involved with running the real estate fund we have and growing that fund into multiple funds.”

“I started at Latitude on May 16, 2016, and it was a major career change,” Miocic said. “With the knowledge I’ve gained and am gaining about real estate, I’d like to be involved in ownership of properties. At the same time, I’d like to train several agents to work with me in office leasing and sales at Latitude.”

“In addition to being the Director of Finance, I work alongside Ryne in our property management division, and the property management side of the company has been growing rapidly,” Delacruz said. “I think that, in 10 years, we will have several new team members, a large office space, and a much larger presence in Northwest/Northcentral Indiana as well as Chicago’s South suburbs. I would like to have my Certified Property Manager endorsement by then and continue to evolve my position as needed to fit the company’s growth.”

“Personally, I would like to continue buying small ownership percentages within properties. As far as Latitude goes, I’d like to see us continue to grow and add team members throughout the organization,” Brett McDermott said. “We’ve built a strong core who are young and aggressive, and we’d like to continue to add to our team. We have fun as an office while still getting the job done for our clients.”

Weiler has only worked with Latitude for three months, and said he’s already seen incremental growth, experienced excellent collaboration, and plans to see a doubled team in five years.

“Aaron is the primary one directing the company’s vision, and I am glad to be a part of the Latitude team. Within five years, I plan to see Latitude Commercial as the dominant firm around the Northwest Indiana Region and Chicago suburbs,” Weiler said. “Within 10 years, I plan to see that Latitude Commercial is a prominent voice in the commercial real estate industry, and is able to develop consistent content and provide news to those wanting to keep their pulse on the industry.”

“What we have built has been amazing, but this is only the beginning, and I can’t wait to see what the rest of my career and Latitude’s future holds because the sky is the limit,” Rapchak said. “I’m very blessed to have landed with amazing co-workers who have truly become family. Cheers on 10 years, Latitude!”

For more information on Latitude Commercial, visit their https://latitudeco.com/. 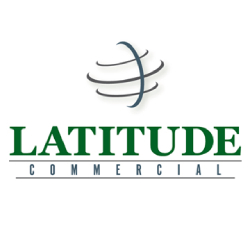