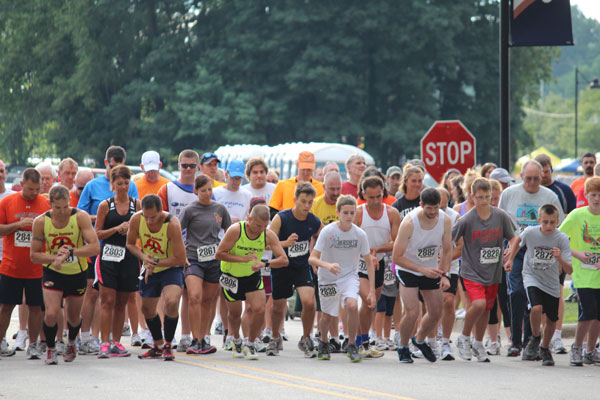 More than 750 participants will compete in the “world’s fastest triathlon” on Sunday, June 3th at 8am in Hammond, Indiana. Leon’s Triathlon will take place at Wolf Lake Park and includes a 1.5K swim; 40K bike and 10K run. The event will be broadcast on Comcast SportsNet affiliates across the nation, reaching more than 20 million households from San Francisco to Boston.

“Comcast SportsNet and its parent company, NBC Sports, allow us to showcase Northwest Indiana’s beautiful assets to a national television audience,” Leon Wolek, founder of Leon’s Triathlon, said. The event provides a unique opportunity for participants to experience first hand the beautification projects that are helping redefine Northwest Indiana one project at a time.

“This is another shining example of how the investments being made in our communities by the RDA have given us the opportunity to attract or create events that bring thousands of visitors to the region who spend money and help stabilize our economy,” explained Jason Sands, Director of Sports Development for the South Shore Convention and Visitors Authority.

This year’s race will feature a ‘Demo Day’ (Saturday, June 2 from 10am - 5pm at Wolf Lake Park) where active lifestyle retailers and manufacturers will give attendees the opportunity to experience and test drive some of the newest bikes, wetsuits and shoes available to triathletes. Triathletes will also be available to discuss training and nutritional tips with attendees.

Registration is still open to participants and volunteers still have a chance to sign up before the race on June 3th. More information can be found at www.leonstriathlon.com.

Leon’s Triathlon would not be possible without the partnerships and cooperation of the Indiana State Police, Lake County Sheriff’s Department, Hammond and East Chicago Police Departments, The City of Hammond, Indiana Department of Transportation, Indiana Toll Road, the Hammond Port Authority and a number of other regional and national sponsors.