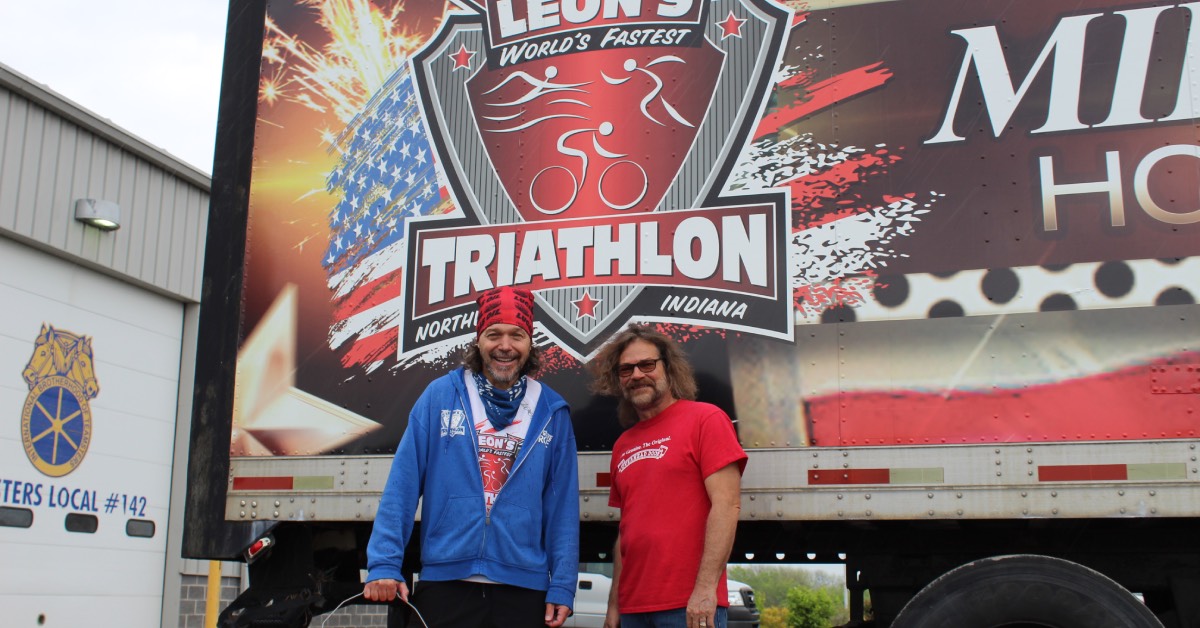 Just a few weeks from now, on June 6, veterans, athletes, and other people from across the country and around the world are set to converge on Wolf Lake Memorial Park for a simple goal: supporting and empowering U.S. servicemen and women, especially injured veterans, by participating in Leon’s Triathlon. Please arrive by 7:00 a.m. Streets Will be shut down for the start of the race at 8:00 a.m. Any volunteers that would like to participate in setting up the field of flags on Thursday afternoon June 3rd and taking the flags down on Sunday, June 6 midday would be greatly appreciated.

Founded in 1983 by Leon Wolek Jr. in his hometown of Hobart, Indiana. American Legion Post 454 in New Chicago Indiana is actually named after Leon Wolek Sr. The triathlon initially served as an avenue for amateurs to compete in the sport, but the event grew dramatically over the years and the mission has evolved to focus on uniting and empowering the men and women of the nation’s armed forces. This year is the inaugural year for the National championship for military and first responders. Now hosted on Hammond’s Wolf Lake thanks to the full-hearted support of Mayor Thomas McDermott Jr. and Lake County Sheriff Oscar Martinez Jr., Leon’s Triathlon is frequently called “America’s Race.”

“It’s difficult to imagine the challenges these veterans face when they return home from defending the greatest country on Earth, and their leg’s not there, their arm’s not there, their vision’s gone,” Wolek said. “We want to do everything we can to make sure these veterans know how grateful we are, but also to use sports to open up these lanes of recovery to work through their challenges. When they cross that finish line, it’s almost like they can say, ‘Now I’m back, I’m ready to move forward with my life.’”

As the event grew, so did the difficulty of putting it together – especially without compromising the goal of putting the veterans and their service to the country at the forefront. A number of iconic American brands, such as Pepsi and Sam’s Club, along with many local partners, such as unions and businesses, all stepped up to help and agreed to make the mission a priority. We are honored and humbled to be the 1st memorial Gold Star Highway in Indiana.

“First and foremost, we’re all Americans, it’s about respecting and honoring the sacrifices that the greatest generation made for this country,” Wolek said. “To see the unity amongst all the different individuals, all the different organizations coming together speaks volumes to the humility and integrity in people out there. We’re fortunate to be in this space with them, everyone participating is approaching this with a heavy heart.”

One of the local businesses that jumped to help was Overhead Door Company of Northwest Indiana™. When General Manager Tom Cameron first met Wolek, who explained his passion for supporting veterans, he knew that he wanted to find a creative way to get involved. By chance, it turned out that the semi-trailer that carries many of the triathlon supplies needed a new door. Overhead Door Company of Northwest Indiana™ then visited the headquarters and training center of Teamsters Local 142 where they installed a new door free of charge.

“The trailer is beautiful and wrapped in patriotic military and American décor, but it really needed a new door,” Cameron said. “I told Leon that he and I are standing on this sacred soil speaking to each other as free men because of the sacrifice and bravery of the men and women in our armed forces. I’m absolutely thrilled to be a part of this. My wife and I plan to be out there for the triathlon; it’s going to be a big event.”

The event is open to anyone, regardless of athletic experience or physical ability, and offers both Olympic and sprint distances both in the traditional triathlon format as well as the duathlon for those who do not wish to swim. There are multiple divisions for different age groups, occupations, competitiveness, and subdivisions for paratriathletes.

“If there’s any innocence left in sports, we’re hanging onto it,” Wolek said. “We’re about as rough as can be around the edges, but it’s all coming from the heart. This is about creating a lane through the darkness for those veterans to come through the other side.”

The compassion of Wolek and the rest of the organizers combined with the seamlessness of the event have over the years drawn athletes from 35 states and 11 countries with races broadcasted on ESPN and NBC Sports.

“It’s humbling to think that people across this vast country and worldwide come and focus on us here,” Wolek said. “It’s a testimony to the commitment of the state and of Northwest Indiana to create the type of foundation that allows something to grow at this level.”

Before race day, Wolek and the rest of the Triathlon team plan to entirely line the course with American flags and are looking for volunteers to help with the effort – anyone is welcome to come by Wolf Lake Memorial Park on race weekend before the event starts to contribute. 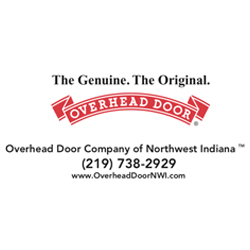