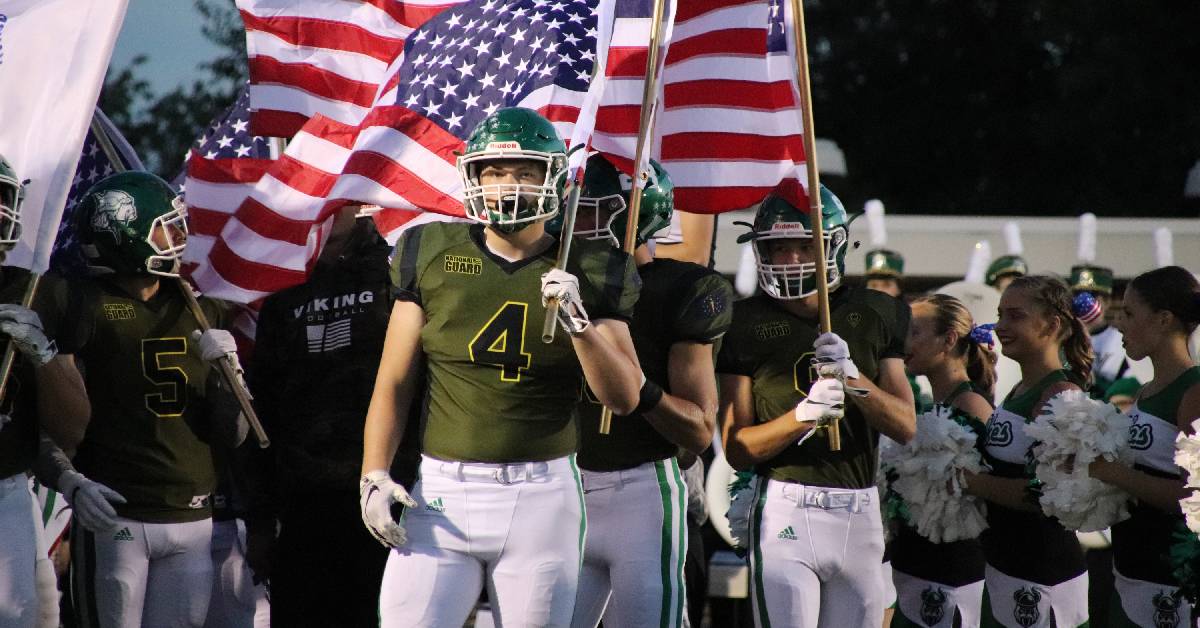 If the Friday Night Lights at the Vikings football field could be turned green for Patriot Night, they’d do it. The whole city is invited to “go green” for Friday’s home game when the Vikings take on the Michigan City Wolves. But there will be plenty of red, white, and blue as well.

Patriot Night is when good old hometown football is enveloped in American pride. When football players rush the fields with American flags before they play, and when the 713th Indiana Army National Guard drops a Blackhawk Helicopter at the field for children and families to explore in awe.

The Indiana Patriot Guard with a MAT-V combat vehicle, Folds of Honor, and Indiana’s Fallen Heroes Program all will attend.

“This Program was started by Billy Baldwin of Valparaiso a few years ago and has grown exponentially,” said CW2 Kevin Stewart (RET), ENG/ORD/INARNG. First responders are among those who will be recognized, in addition to veterans and those currently serving in the military.

“We have several local fire and police, along with ambulance services attending. Life flight will also have a helicopter on the field. This was such a success last year, we are expecting a multitude of people to support again. We also have the Michigan City High School Marine Corp ROTC Color Guard doing the presentation of colors,” Stewart said.

Veterans and emergency personnel will be admitted to the game for free.

The Varsity game starts at 7 p.m. Friday, but plan to be there early for all the action before the game starts.

Here’s a full schedule of events: