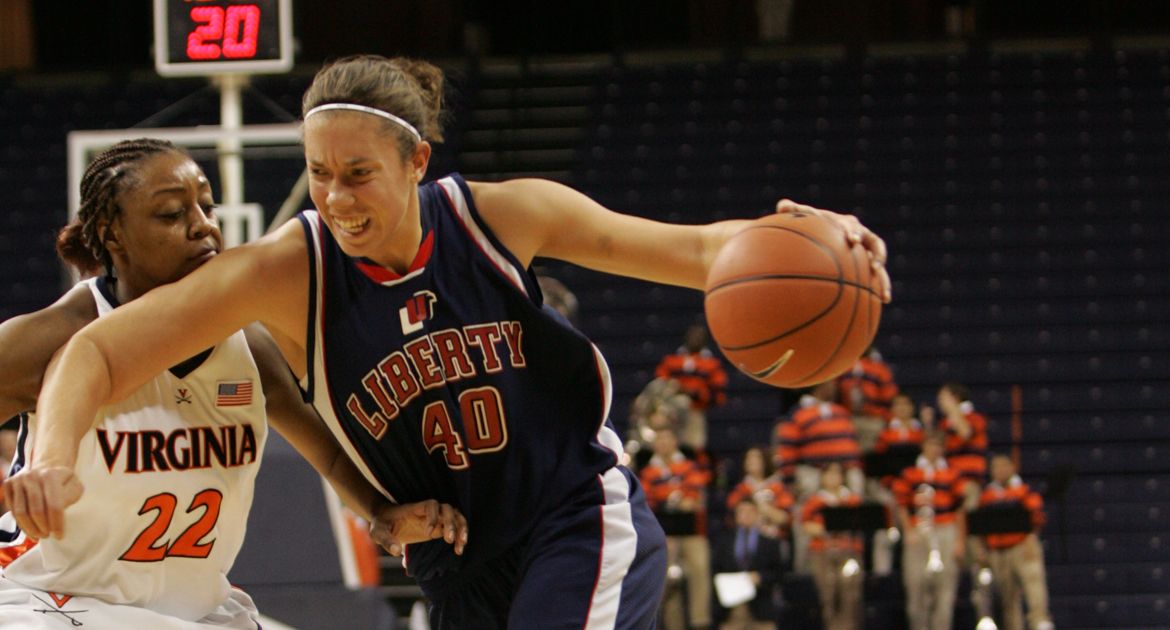 "I am excited about the opportunity to be an assistant coach for the women's basketball team at Valparaiso University. After having played seven years professionally, I am eager to pass along some of the knowledge I have gained in my many different playing experiences. I count it a blessing and a privilege to not only be able to make an impact in the girls' lives on the court, but also off the court as well," Leuzinger said.

The 2016-17 season will represent her first on the collegiate sidelines. While in Lynchburg, Leuzinger was a two-time College Sports Information Directors of America (CoSIDA) Academic All-American (Second Team, 2008; First Team, 2009), a two-time Richmond Times-Dispatch State Player of the Year (2008, 2009), a three-time Big South First Team All-Conference selection (2007-2009), including Player of the Year nods in 2008 and 2009, and a Big South Scholar-Athlete of the Year recipient (2009) amongst numerous other achievements and accolades.

Following her stellar career with the Flames, San Antonio selected Leuzinger with the 14th pick of the 2009 WNBA Draft. She logged two seasons with the Silver Stars before playing internationally. Leuzinger registered six seasons in Europe, including stints in Turkey, Poland, and Israel. She was elected to the Turkish All-Star Game in 2010 and 2011. Leuzinger earned All-Star Game Most Valuable Player honors during the 2011 tilt in Botas, Adana, Turkey.

"I am thrilled to announce the addition of Megan (Frazee) Leuzinger to our Valpo women's basketball staff. Megan concluded her professional playing career a few weeks ago and is now eager to inspire our young women to soar to new heights, on and off the basketball court. She understands what it takes to compete with the best players in the world and Megan is passionate about being a servant-leader who will raise the bar in every area of our program," head coach Tracey Dorow said.

Leuzinger is very active in the volunteer community. She accompanied Athletes in Action (AIA) on their summer tour of Mauritania, Africa in 2008. She was a 2016 inductee into AIA's Hall of Faith. Leuzinger has also served as a counselor with New Chapel Baptist Church's Vacation Bible School in Rustburg, Virginia. Additionally, she has taken time to mentor inner-city residents of Lynchburg.

Leuzinger received her B.S. in health and physical education from Liberty University in 2009. In 2011, she completed her M.A. in coaching and athletic administration from Concordia University in Irvine, California. A native of Laredo, Texas, Megan married her husband, Caleb, in May of 2015.