“It’s friggin’ hot in here,” Mayor McDermott says while leaning over Ideas in Motion Founder, Chris Mahlmann, to flip on the car air conditioning. He pauses and looks to Mahlmann concerned, “I can say friggin’ right?”

The exchange gave an indication on the candid and light-hearted style of interview in a new series Ideas in Motion Media has launched called "Life on the Streets," featuring Northwest Indiana Leaders, set in a car as they travel through the communities in which they serve. Hammond Mayor Thomas McDermott was the first featured and both Mahlmann and McDermott realized how to take advantage of the setting they were in.

McDermott directed the tour of Hammond, Indiana for Mahlmann, who was behind the wheel. They started at Hammond’s extensive bike path that includes a 1,400-foot bridge through Wolf Lake. To get the best view of the path, McDermott insisted they take the Good News Vehicle onto the sidewalk.

“People are going to look at you weird when you do this, but don’t worry. You’re with the mayor,” McDermott laughed.

As the path narrowed and Wolf Lake surrounded the path, McDermott pointed out key landmarks they were able to see including the interstate and the Wolf Lake Pavilion, which will host the Festival of the Lakes from July 19 - 23, 2017.

While at the Pavilion McDermott explained the plans to expand the bike path with a bridge over Calumet Ave.

“It’s a great bike trail that goes into Whiting, but to get across the street you have to literally wait 5 minutes or more sometimes and its always dangerous,” McDermott continued, “And if you’re pushing it, like me where you care about your times while biking, it really cuts into it. So, we’re starting off with the bridge and next to it we’re going to have an elevated place to watch the concert performances.”

McDermott admitted that the Wolf Lake Pavilion was his “happy place.” He recalled his favorite acts that have performed on the stage as well as some exciting performers to look forward to this year.

“My favorite show as an accomplishment was when Sublime played here. We went after them aggressively for 3 years to get them to play here. Those are the times where you’re standing on the stage and you think, ‘I can’t believe Sublime is going to play,’ “

“This year at the festival we have Kool and the Gang, Bush, Limp Bizkit, Intocable, and Flo Rida,” he continued. 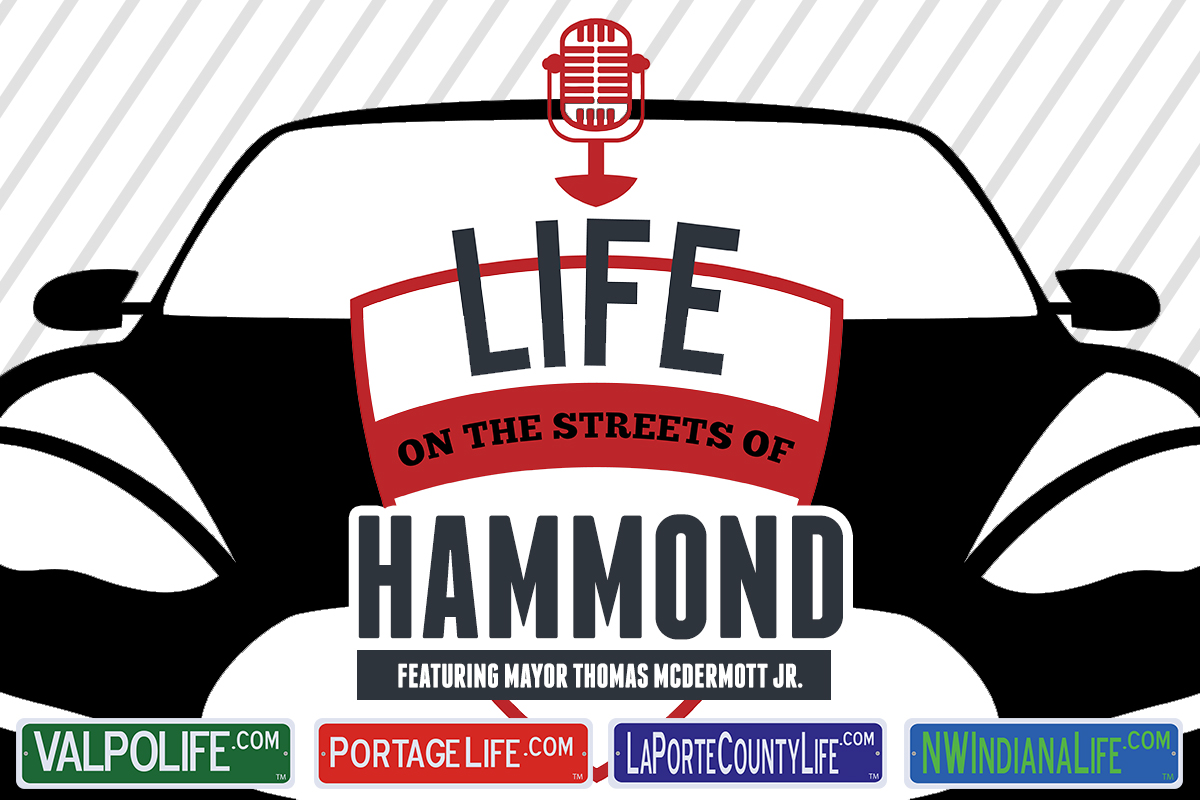 McDermott then directed the Good News Vehicle to share some of Hammond’s accomplishments from the previous administrations, including his father’s, at the Hammond Marina.

“In the mid-80’s there was no marina in Hammond. My dad had the idea that he wanted to build a marina here. I think it was about a $20 million project. They brought over a ship and he decided that he wanted to put gambling on the ship. The ship idea never really took off. But where the ship was at is where he built Hammond’s Horseshoe Casino.”

McDermott then highlighted another area from a different administration Lost Marsh Golf Club, which was presented an award from the United Nations for the city’s service to the environment.

“This was all a mountain of slag, which is a byproduct of steel manufacturing. They needed a place to dump it so they chose this location. Slag is very hard. You need a jackhammer to get through it. So, they decided to add 8 feet of biomass on top of it and what we have today is the Lost Marsh Golf Club.”

The car ride touched on other issues such as local politics, McDermott’s wife Marissa and her recent political success, along with McDermott’s favorite music, which surprisingly included stage tunes.