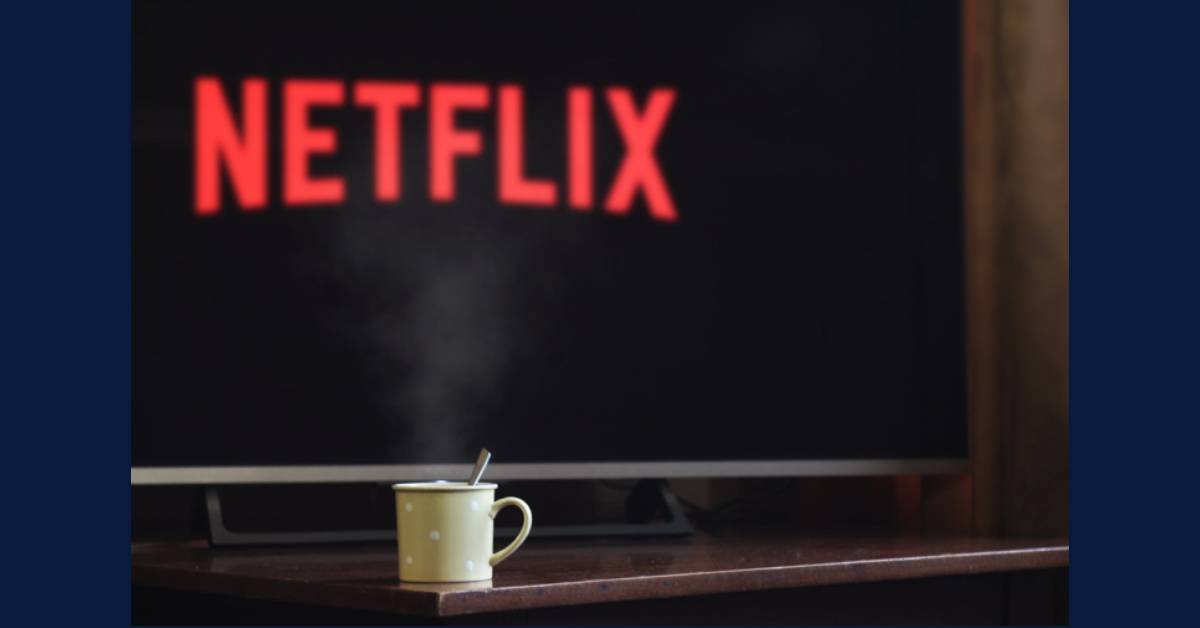 Just because we are practicing social distancing doesn’t necessarily mean that we can’t escape… virtually escape that is.

es·cap·ism (noun): the tendency to seek distraction and relief from unpleasant realities, especially by seeking entertainment or engaging in fantasy.

Let’s face it –the COVID-19 situation has been all-consuming for most people lately. While it’s very important that we do our public duty and practice good personal hygiene and social distancing, and keep up with current national news, it’s normal to feel, well, overwhelmed.

That’s where escapism comes in. We can enter an entirely different atmosphere or reality with the simple switch of a remote or tap of our fingers. We can get lost is a story, learn new things, and get away for just a little while.

Whether it’s a documentary, movie, educational programming, or binge-able show on your favorite streaming service, the options are endless.

“During this time, we all need a laugh to lighten the moment. Netflix, Comcast, On Demand, and most other services have loads of stand-up comedy specials, both recent and classics from years ago. Tune out the news and turn up the laughs for an hour and see how much humor helps keep things in perspective,” said Chris Mahlmann, Founder and CEO of GreatNews.Life

As Lifers, we second that. Here are a few of our recommendations streaming now:

“I am forever adding to a growing list of “Shows I Must Watch.” Now would be a great time to check something new off the list, but to be honest, I’ll probably just end up watching my handful of go-to series for the 567th time. *sigh* My favs:

•          The Vampire Diaries (OK, OK. Hear me out. This show is a blast. Once you get past some of the dumb stuff in the first season, i.e. are desensitized to the fact that you’re watching a teen drama about vampires and werewolves and witches, you will find each episode more scintillating and fun than the last. I’d even go so far as to say a lot of it is genuinely compelling. Sorry, but we all need a real distraction from reality every now and then, and The Vampire Diaries gifts us that, 1000 percent.

“I’ve had an existential moment these last few months and have come to realize that there are two kinds of people on this earth. Those who get – and like – Letterkenny (on Hulu), and those who don’t. You can binge 8 seasons of this hilarious Canadian sitcom but beware, it’s like scotch. It’s an acquired taste. You might not like the first few episodes but give it at least six. Turn on the subtitles if you must, eh. And if you don’t like it after that – pitter patter. Move on. That’s a Texas-sized 10-4.”

“Shows to binge on Netflix are Grace and Frankie, The Haunting of Hill House, Dead to Me, Greenhouse Academy, Cuckoo, Comedians in Cars Getting Coffee, Atypical, Mad Men, Schitt’s Creek, Shameless, The Gift, Virgin River, Black Mirror Riverdale (for the young-ins), and Gossip Girl (for the basics out there).

“On Hulu, I recommend watching Friday Night Lights. Some people might be turned away since it is highly centered around football, but I encourage you to not let this aspect of the show be a deal breaker if you aren’t into the sport! There is plenty of drama, family discussions/ bonds, relationships, and so much more that goes into this show. It’s a feel good, yet heart-wrenching show that will keep you watching for hours.”

“I have a few shows that I like to binge watch, and I like to think of these as my comfort shows: Supernatural, NCIS, and Psych. These are shows you can really get lost in and now you have the time to watch all 10 + seasons! If you aren't feeling intense shows, Master Chef and Master Chef Junior are also really exciting to watch.”

“There are so many good shows to binge-watch. If you like reality type shows, I highly suggest CHEER. Looking for a good comedy? Try Schitt’s Creek or The Office! Also, you can never go wrong with The Great British Bakeoff!”

“I recommend On My Block. If you like funny, coming-of-age teenage drama that also has a dark side, you’ll like On My Block.”

“On Netflix, I recommend The Society. If you like dystopian society/teen drama, then you will binge this so fast! I also recommend Locke & Key. This is a very new Netflix original based on a graphic novel series. The Locke family moves into their dad's old Victorian home in Connecticut after his mysterious murder that happened several months earlier while they lived in Seattle. Next up, Glee: Despite loving musical theatre, I missed the boat on this one when it ran from 2009-2015.  As for Hulu, I recommend Shrill. This show is a quirky comedy that stars SNL's Aidy Bryant. I also recommend The Bold Type, which focuses on three best friends (Jane, Sutton and Kat) who work at Scarlett Magazine in NYC. Last but not least, I recommend Prodigal Son. This show sounds really dark but is kind of a weird comedy/drama mix. It follows Malcolm Bright, an ex-FBI profiler and current profiling liaison for the NYPD as he helps his team to track down serial killers.

“I recommend The Marvelous Mrs. Maisel. It's extremely clever and funny, with lots of powerful female characters that you really love to care about. Brooklyn 99 - insanely funny. It's similar to The Office and Parks & Rec so it feels a lot like a comfort show in my opinion. Jeopardy - This is a fun one to re-watch and see what you may or may not know. Also Alex Trebek. I love to listen to podcasts as well! Some of my favorites include And That's Why We Drink - a paranormal/ mystery podcast with hysterical speakers and fun stories. What You Missed in History Class - I love history, it was one of my favorite classes in college/high school and this podcast really dives deep into subjects that aren't really boring either - you would learn a lot which makes it worth the while for me.”

“I recommend watching the Witcher if you’re into medieval magic shows! The special effects are really well done, and the story is amazing!”

“Shows to binge watch would definitely have to be Parks and Rec. and Schitt’s Creek. These are classics and are worth a re-watch. I love how well thought out and clever the episodes are.”