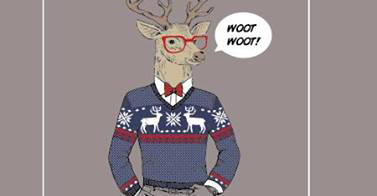 Sixteen music acts and several local businesses pooled their resources and talent to create a Christmas album benefitting La Arquilla, a home for pregnant girls who have been victims of the sex trade in Guatemala.

Dennis and Jeremy Michaelis, of the band Red Umbrella, compiled a 16-song album of original and classic Christmas tunes under the title Raise Your Voice 2013, The La Arquilla Project. The album features regional talents like Valparaiso mayor Jon Costas, solo artists Brian Campbell, Alisa Turner, and Daniel Doss, and rock band Sevenglory, as well as the newly formed local band, The War On Peace, among others.

“We wanted to give artists an outlet for using their music to make a difference,” said Dennis Michaelis. “Making music and finding fans, those things are important to a musician, but we also want to make an impact. This album was a way for all of us to do that.”

The album supports La Arquilla, a project of Kids Alive International based in Valparaiso. The organization is in the planning stages for a residential home designed to take in and care for pregnant girls ages 10 through 13. The umbrella program for La Arquilla, Oasis, already rescues and offers residential care and healing for young female victims of sexual and physical abuse.

The girls are not one-time rape victims, according to Kids Alive’s Guatemala field director, Corbey Dukes. Each one has experienced years of sexual exploitation.

“They come in like zombies,” he said. “They’re really just moving through life. Within months [of receiving proper care and education] we see them becoming little girls—running and playing.”

Mayor Jon Costas was one of the earliest supporters of the project and advised the brothers on securing sponsorships from area businesses. Initially, the Michaelis’ planned to use sponsorships to cover the physical costs of producing and printing the album. However, Valparaiso based Modern Duplication and Fulfillment, an electronic media duplication company, offered to print CDs for free. Graphic designer, Tim Peters, lent his talent to design the CD cover and promotional posters. Other behind the scenes and in-front-of-the-microphone talent offered their talents for free, too. Some, like sound engineers Jonathan Parker, Marc Nelson, and Jeremy Michaelis did double duty, also contributing music to the album.

“Everything was donated, which meant that the sponsorship money from local businesses could go straight to La Arquilla,” said Dennis Michaelis. All proceeds from the sale of the album go directly to the La Arquilla fund, as well. No one working on the album is taking any money, he stressed.