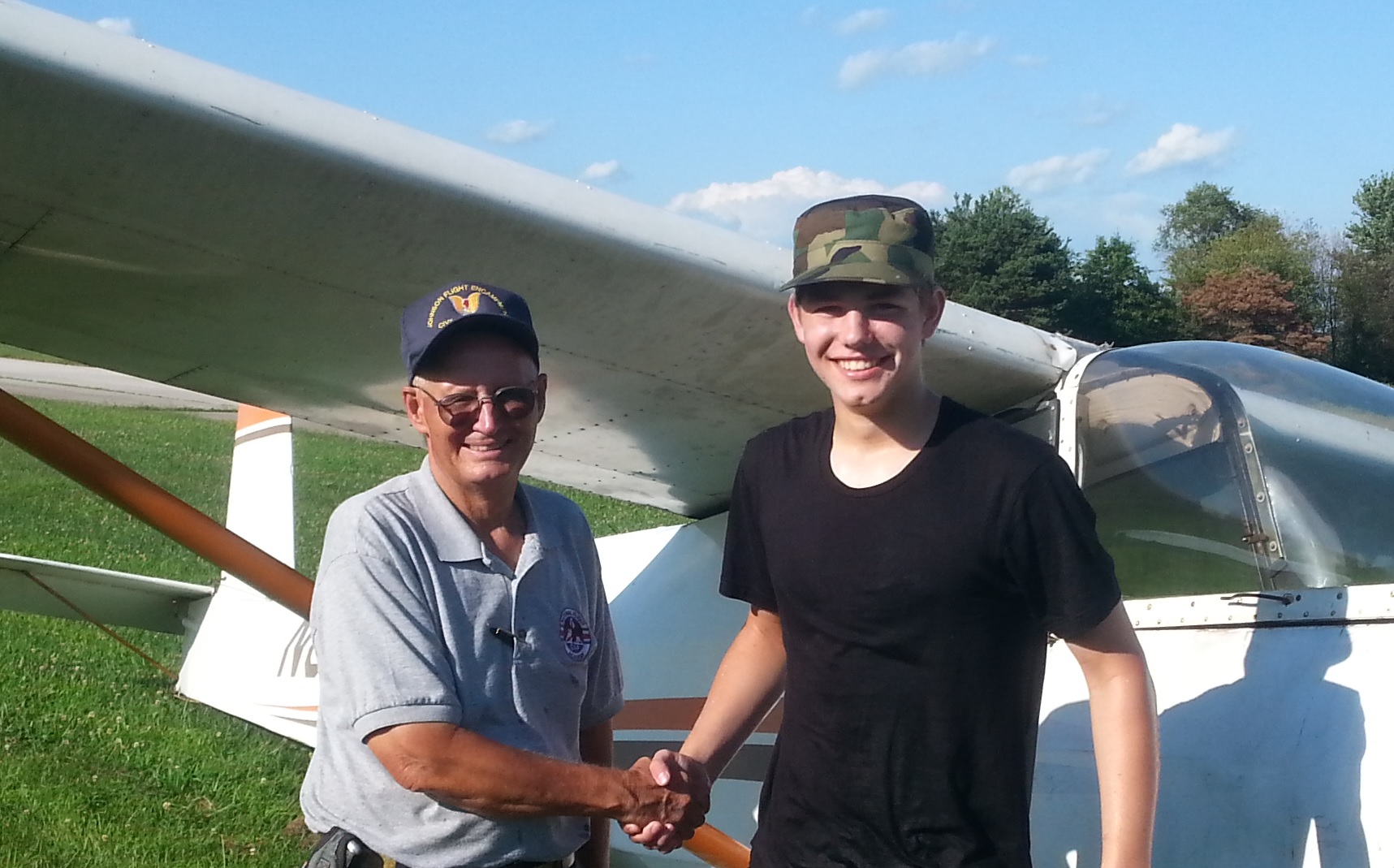 Sixteen year old Cadet Senior Master Sgt. Dodge Kudrna, a junior at Valparaiso High School and member of the Valparaiso Squadron of the Civil Air Patrol (CAP) has yet to begin driving a car, but has recently flown an aircraft on his own.

On Saturday, August 1, 2015, he completed a huge step in his process of obtaining his pilot’s certificate as he took to the skies for the first time -- solo. He has been flying a Schweizer 2-33A sailplane (also known as a glider) for the last year with instructor Capt. Bill Helgerson who is a member of the Illinois Wing Civil Air Patrol and the Park Forest South Aviation Group (PFSAG).

On Saturday, Capt. Helgerson approved Cadet Kudrna for his first glider flight alone. During this first solo, the glider is towed to 1,000 feet in altitude before releasing it. At that point, Kudrna turned the glider towards the airport, entered the Lake Village airport traffic pattern, and landed before celebrating with other members of his CAP Squadron and members of the PFSAG. This flight lasted eight minutes; however, flights can last hours depending on the height towed, the environmental conditions, and desire to remain aloft.

When asked about his flight, Kudrna said “It was amazing!” Cadet Staff Sergeant Kori Howard who is also in training to fly gliders says "flying is a lot of fun and I hope to do it professionally when I get older."

Next step for Kudrna? He will take a written exam for glider pilots next week and continue his solo flights with the goal of taking his practical flight exam in the next couple months.