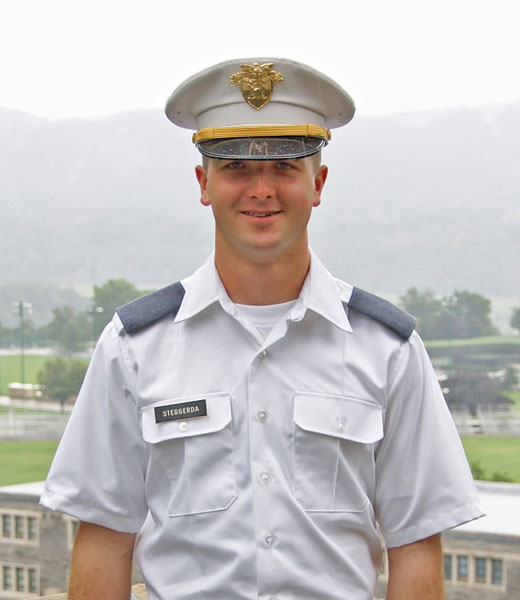 Cadet Steggerda entered West Point June 27 and has successfully completed six weeks of CBT. Also referred to as "Beast Barracks," CBT is one of the most challenging events a cadet will encounter over the course of their four years at the academy.

Cadet Steggerda graduated from Valparaiso High School in 2010 in the top 10% of his class. He plans to graduate from West Point in 2015 and be commissioned as a second lieutenant in the U.S. Army. While at Valparaiso High School, Cadet Steggerda was a two sport athlete participating in track and football. He attended Hoosier Boys State in 2009 and was named to the first team all academic his senior year. After graduation Cadet Steggerda attended IU Bloomington where he was admitted to the Kelley School of Business and a member of the ROTC.

About West Point
The U.S. Military Academy is a four-year co-educational federal undergraduate liberal arts college located 50 miles north of New York City. Founded in 1802 as America's first college of engineering, it consistently ranks as one of the top colleges in the nation. A pre-eminent leader development institution, its mission remains constant - to educate, train and inspire cadets for careers of professional service to the Army and the nation. For more information go to www.westpoint.edu.