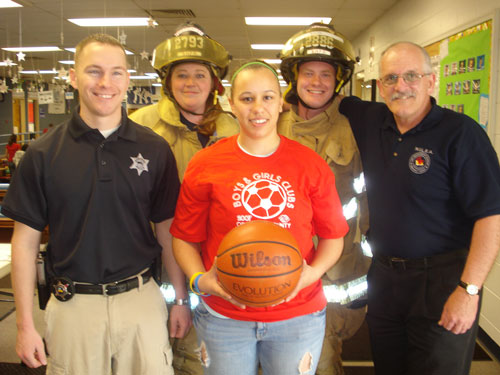 Eight local police and fire departments will put their skills on the basketball court to the test in the 5th Annual “Battle of the Badges” tournament. The tournament will take place at the Boys & Girls Clubs of Porter County-South Haven Club located at 723 Long Run Road in Valparaiso.

“Battle of the Badges” is open to the public. Come and cheer on your local public safety teams. Admission to the game is only $3.00 for adults and $1.00 for children with an adult. The traveling trophy will be handed out to the winning team immediately after the completion of the championship game. All proceeds from “Battle of the Badges” Basketball Tournament will benefit the Boys & Girls Clubs of Porter County—South Haven Club. For more information about “Battle of the Badges”, contact Ron Ranta at (219) 759-2565 or rranta@bgcpoco.org