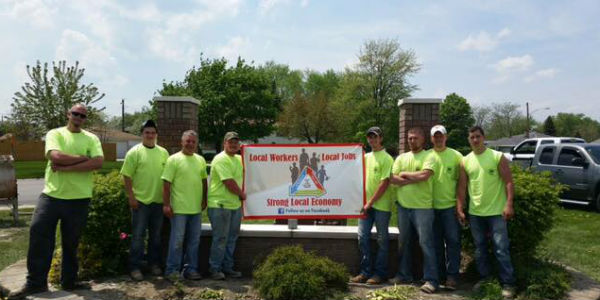 Local Workers for Local Jobs’s goal is simple. Promote the use of local workers who want local jobs to build a strong local economy and in the end provide a sustainable and thriving community for everyone who lives there.

“It really is as simple as it sounds, there’s no ulterior to it,” says International Brotherhood of Electrical Workers President Jim Clarida. “It’s simple enough that even middle school students can understand the concept, by investing in local workers, we can in turn invest in local communities.”

Local Workers for Local jobs continues to raise awareness about the benefits of taking on local workers and has found a variety of ways to promote themselves to the community and government members alike.

“We use a variety of social media options as well as people within the government who recognize the advantages of hiring local,” says Indiana Kentucky Ohio Regional Council of Carpenters representative John Carr. “Our Facebook page gets a lot of attention and focuses on both the positive benefits of using local workers and the negative repercussions of not utilizing them.

“In my experience, most mayors and city officials see the appeal of local workers benefiting the local economy,” says Carr. “They want their towns and cities to be strong, they want people investing in them. However, recent pushes from larger construction companies, big box retailers and new laws complicate this process.” 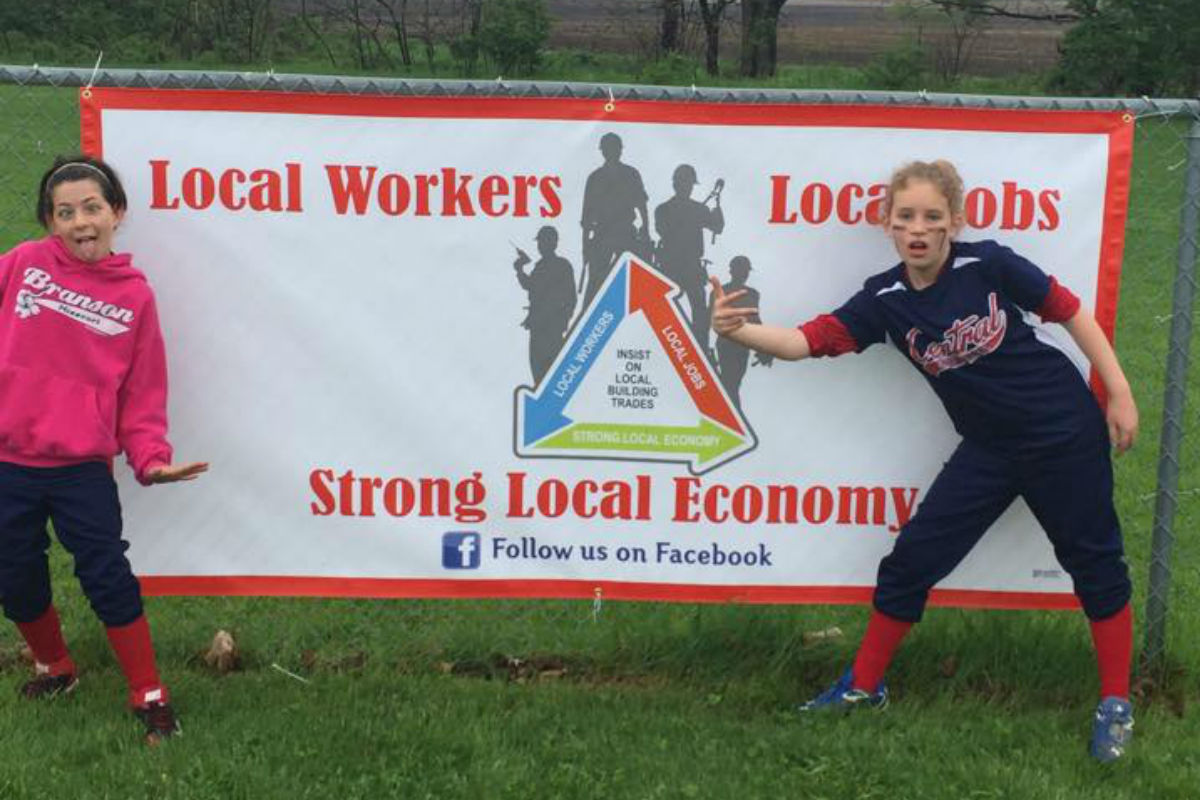 For any kind of construction project, companies must make a bid to the project by contacting the organization wanting to build. However some larger chains often choose to use out of state workers and ignore local workers bidding for projects.

“It’s not in the legal realm to block a builder trying to bid for a project,” says Carr. “However there are sometimes that larger companies will just ignore the local bids, already making up their mind of who they want to build before the bids open.”

While local government and city mayors can make efforts to encourage companies to use local workers, they also have to accept the lowest bid and with the new Indiana laws in place, this is going to make it even easier for out of state workers to take on not only retail, but city projects as well,” says Carr.

IBEW Local 531 Membership Development Specialist Eric Jackson stresses that out of state workers are at an equal amount of disadvantage with some traveling from all over the country to work for the minimal amount of pay.

“If you go to a construction site where they have out of state worker take a look at the car license plates. You’ll see Georgia and Florida plates, workers who traveled all the way here to do work all from a larger, nationwide contractor,” says Jackson. “They don’t always receive the proper training to do the job properly and safely. Sometimes they have to stay in their cars or campers because the project doesn’t want to pay for proper lodging. You’re not a person, you’re an asset to them and that’s wrong.”

While its becoming more of a challenge for local workers to make bids for projects, Local Workers for Local Jobs isn’t planning on going anywhere any time soon and believes that both city officials and the community can help to make local jobs stick.

“If you’re a community member, you can help out by letting stores know that didn’t use local workers your disappointment in them,” says Jackson. “Alternatively, you can let businesses who did use local workers know how happy you are with their decision and continue to support them by shopping there.”

“At the end of the day, we’re community members. We work here, volunteer our time here and shop here,” says Carr. “We love the community we live in and we want to continue that high quality of life. That’s why Local Workers for Local Jobs is so important to us, it means the sustainable future for our communities that everyone in the end wants.”