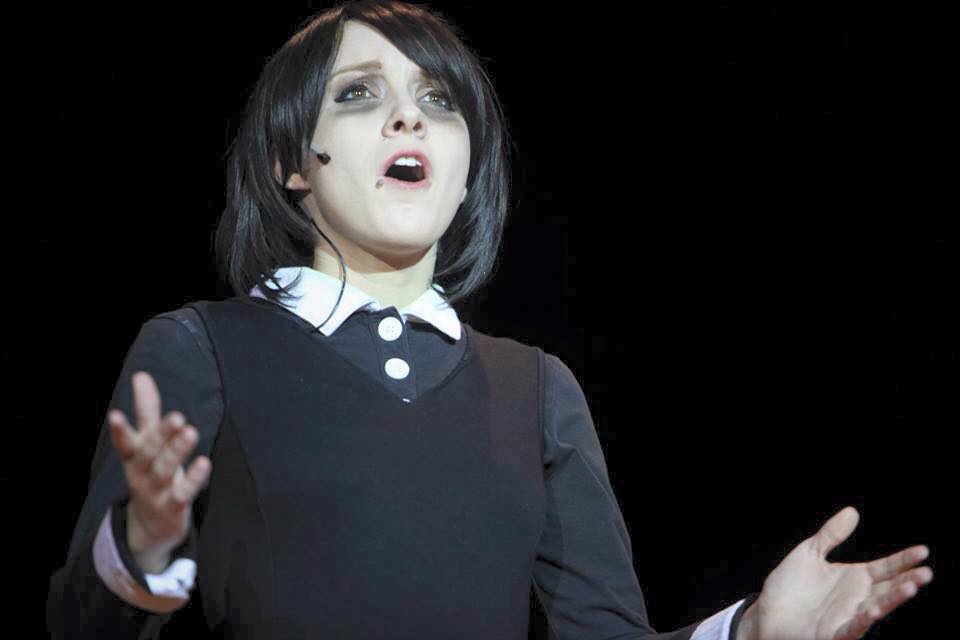 This past week, Maddie Blaney, a senior at Valparaiso High School, was awarded the 2014 Regional Youth Arts Award by the South Shore Arts Regional Arts Council. Nominated by her theater coach Sheree Gudeman, Maddie was one of several students ranging from La Porte, Porter, and Lake Counties to be eligible for the award based on excellence in both the classroom and the realm of the arts.

As stated on the nomination form, the purpose of the award is to honor the achievements and talents of high school-age students who represent artistic excellence in their school and community. After being selected as a finalist, Maddie had to perform an audition for the council consisting of a ten minute monologue and solo, followed by a 30 minute interview.

While Maddie received the award primarily for her incredible talent in musical theatre, this is not her only area of expertise and excellence! Maddie is a phenomenal singer, a clearly gifted actress, nearly fluent in Spanish after spending the summer in Chile, and a talented artist. I can say with confidence that Maddie is one of the most talented students VHS is able to boast of, and certainly one of the most talented people I have ever met.

Being a student involved in the arts myself, it has been amazing to watch someone grow and develop their skills throughout high school as thoroughly as Maddie has. With roles ranging from Frenchy in Grease, to the Artful Dodger in Oliver, to Wednesday Addams in Addams Family: The Musical, I'm positive there exists no role Maddie is incapable of mastering! I feel lucky to say that I was able star alongside her in our freshman English class Romeo and Juliet video project, which we remastered to the stylings of Harry Potter. Even then, it was clear Maddie had some serious talent and abilities.

Along with years of fun and hard work, Maddie credits musical theatre with giving her a real sense of confidence in herself.

"Theatre really gives kids a place to be themselves, even though we're all playing different characters. In the theatre, you're all together onstage creating something together, which can be such a self esteem builder for so many people. I know I get a lot of my self confidence straight from the theatre. I love being able to try out a bunch of different personalities that are never me," Maddie said.

Maddie's hard work and dedication to theater is a model for any student wishing to succeed in what they do, be it sports, academics, or the arts. Through her time spent working on shows not just in the high school, but in the community as well, along with her singing and achievements in the classroom, Maddie has shown the true value of being a well rounded, gifted student. At the moment, her top choice for school next year is Loyola Chicago, with plans to study musical theatre. After witnessing her in action so many years, I am confident she will succeed regardless of where she may end up. She truly is in an inspiration to students in our area, and Valparaiso is fortunate to boast of such talent in our community.