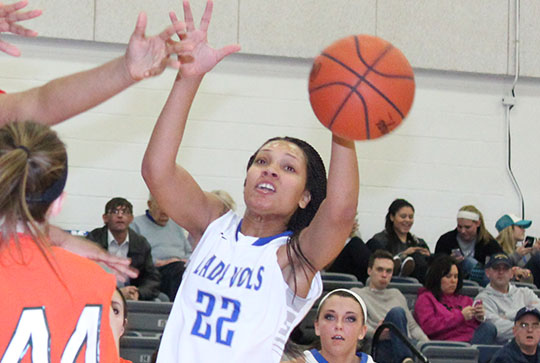 John A. Logan College sophomore forward Ashley Yateman has agreed to continue her education and basketball career at IU Northwest beginning this fall. Yateman a 6'1" forward from Indianapolis, IN started all 27 games this past season for the 10-17 Lady Vols starting 16 while averaging 4.7 points and 5.2 rebounds.

"Ashley is very athletic and brings an active, defensive presence to our frontcourt while also providing experience and versatility to our roster," said IU Northwest Head Coach Ryan Shelton. Yateman played her prep basketball at Arsenal Tech in Indianapolis where she was an all-city and all-conference performer averaging 6 points, 8 rebounds 4 assists and 3 steals per game while also serving as team captain her senior year.

Ashley intends to study Health Information Management and will wear #24 for the RedHawks this season.