LIFE goes on, so to speak, as Tuesday's experiment confirmed the often-quoted, behind-the-scenes-brains Natalie Mahlmann of ValpoLife: “The world does not revolve around Chris Mahlmann”.

ValpoLife is in the midst of their High 5 Me Valpo with 5 fun announcements in 5 days, which was abuzz yesterday. Tuesday followed the much-celebrated announcement on Monday of ValpoLife giving another iPad in the 1st annual "If you don’t have anything nice to say, don’t say anything at all" member comment campaign. Tuesday's announcement was the official release of the Paw Paw Lake Study. The study confirmed what apparently is a common phrase in the Mahlmann family household, as sources close to Mahlmann's wife reports “Life does not revolve around Chris Mahlmann”.

At noon Monday, Mahlmann went missing, and neither his familiar, short, round shape, nor the goofy ValpoLife Truck could be found anywhere.The staff was embargoed from reporting on Tuesday's big announcement until the study was completed. When the Paw Paw study was released this morning, it confirmed an understanding they already knew, but could now publicly discuss.

“Sure he is the pretty athletic face we put on the outside of the business,” commented Brett Fuller, Operations Manager/King for Ideas in Motion, the company that publishes ValpoLife.com and PortageLife.com. "But come on, did anyone really think that we could be publishing thousands of stories, producing hundreds of videos, and connecting everything that is positive about Valpo and Portage together, just because some nut job got a hankering for spreading good news?" questioned Fuller. 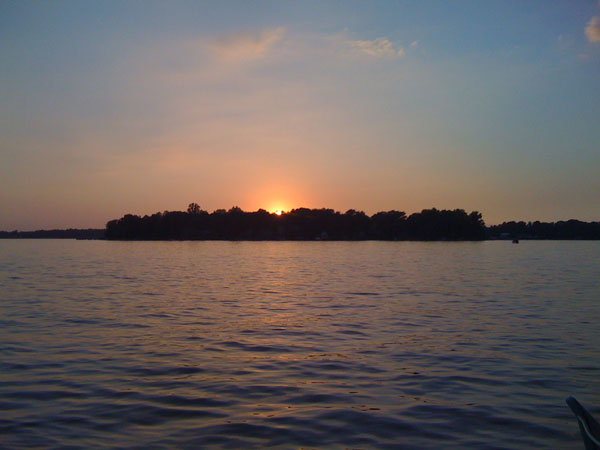 “We all on the team knew this was coming”, confirmed Kyle Granat, the Wizard behind the operation. “The Paw Paw Experiment, as confidential as it needed to be, gave us the opportunity to expose the truth. It is unfortunate that Chris’s fragile ego may be crushed by this. But as a scientist at my core, the truth needed to come out.”

"This was a 36 hour experiment, but based on near record performance across every measure of the company, the proof," notes Karin Mick, the Queen of the organization, is 'absolutely conclusive'. Chris is always saying he loves straight, candid, talk with no BS. While we each were a little nervous not having any idea where he was when he got off the communication grid, or any guarantee he was actually ever going to come back, the Paw Paw Study confirms that the Good News Train is unstoppable”.

There is no further confirmation of what the announcements will be for Wednesday, Thursday, and Friday of this week, though speculation surrounds a recent poll that was done on ValpoLife that rumored of:

Monday confirmed the iPad giveaway, Tuesday’s Paw Paw study was not even expected. The best we can tell you about the week ahead is to keep checking ValpoLife.com for the latest details. It is the one definitive source you can count on for Good News.