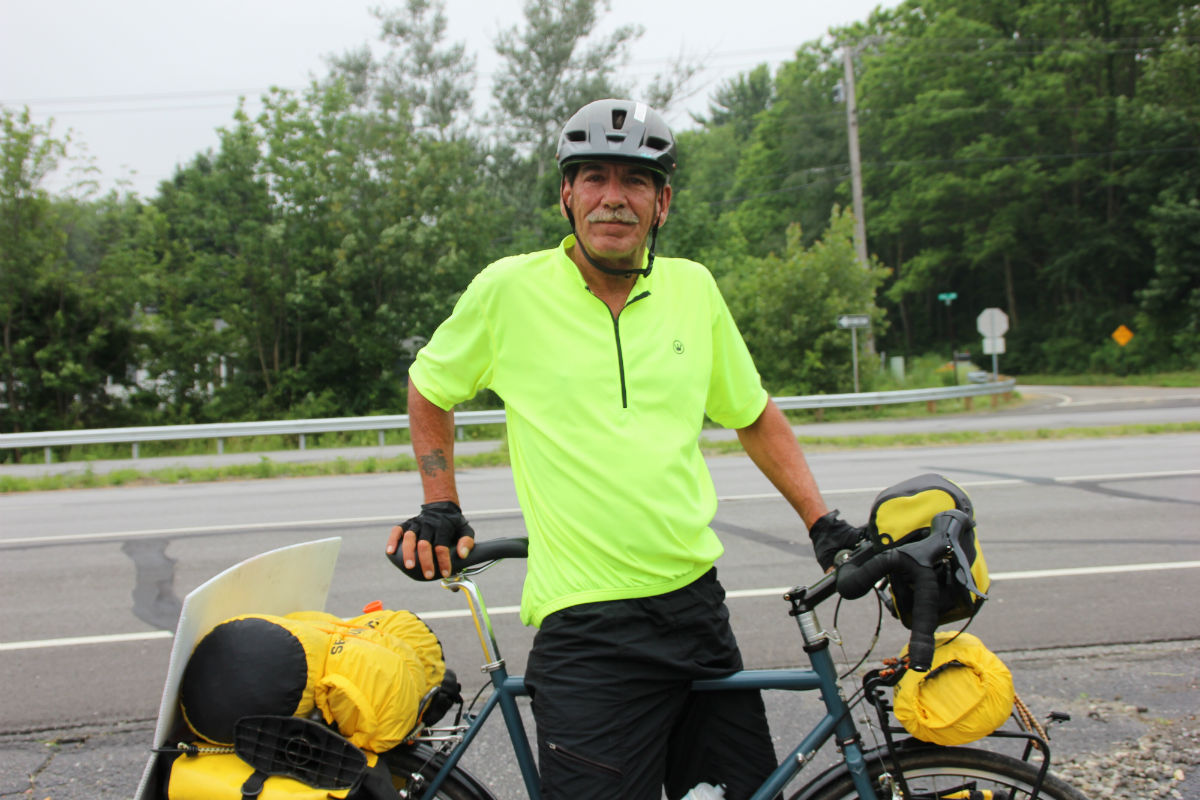 You may have seen a man in bright yellow biking down U.S. 30 today. His name is Ken Bettencourt, and he’s biking 10,000 miles across the country (and back) to raise awareness for Alex’s Lemonade Stand and the fight to end children’s Cancer.

We found Ken as he was passing through Valparaiso on U.S. 30 and pulled over to learn a little bit more about his journey.

“I started in Tuscon, Arizona,” Bettencourt told IIMM. “I went all the way up to Rhode Island, which is where I am from, and had two lemonade stands along the way; one in Little Rock and one in Mount Joliet, Tennessee.”

Bettencourt is about 7.600 miles into his journey, and has about two thousand more to go. He’s stopping in Aurora, IL tomorrow to visit friends, but after that he’s going north to the northern tier of Montana to finish his ride.

His journey has been filled with nice sights and landmarks, but most of all Bettencourt says he appreciates the people he has met along the way.

“I have ran into some very nice and generous people across my journey,” said Bettencourt. “I have raised a little over $2,000 so far, but most of all I have raised a ton of awareness.”

If you want to follow along on the rest of Ken’s journey, or make a donation to help fight Cancer in children, you can visit Ken’s 10,000 Miles for Childhood Cancer on Facebook, or his website at kens10000milesforchildhoodcancer.com, where he also writes about brave kids fighting Cancer on his “Hero of the Day” blog.

100% of all donations to Ken go towards the fight to end childhood Cancer, and his donation code is: 1121793