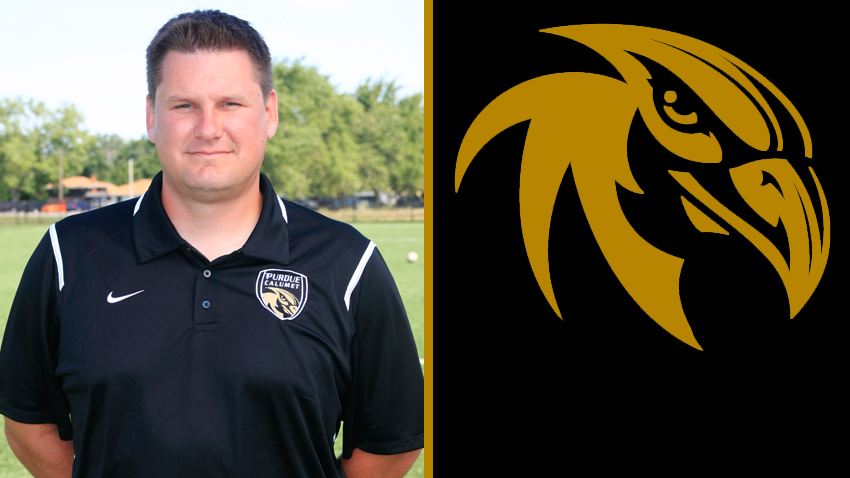 Eggert comes to Purdue Calumet with a wide range of coaching experience, having been the head coach for collegiate, club and high school programs.

"Matt has a great soccer mind and is well-organized," Hayes said of Eggert. "His assistance will be greatly needed as we work together to bring the program to the next level of competing for a conference championship."

Currently, Eggert serves as the head coach for the Oswego Panthers U14, U15 and U16 teams while also being a part of the Illinois Olympic Development State Staff. Highlights of his four years with the Panthers include a U13 Bolingbrook Tournament championship, a U14 Galaxy tournament title and a spot in the U14 State Cup Title game. Eggert also serves as a staff coach for Midwest Soccer Coaching in Chicago.

In 2014, Eggert served as the varsity assistant for the Oswego High School boys squad, while simultaneously serving as the Academy Director of the Phoenix Soccer Club.

Collegiately, Eggert became the head men’s soccer coach at Milwaukee Area Technical College in 2002, where two years later he led the Stormers to their first conference title in 17 years and first ever NJCAA Regional XIII title for any sport in school history.

With that success, landed Eggert NJCAA Region XIII Coach of the Year accolades in 2004.

Eggert owns a bachelor's degree in psychology degree from Wisconsin Lutheran College and later earned his master's degree in teaching from Aurora University. He holds a National 'B' License from the United States Soccer Federation and a Level I & II Goalkeeping Diploma from the National Soccer Coaches Association of America.