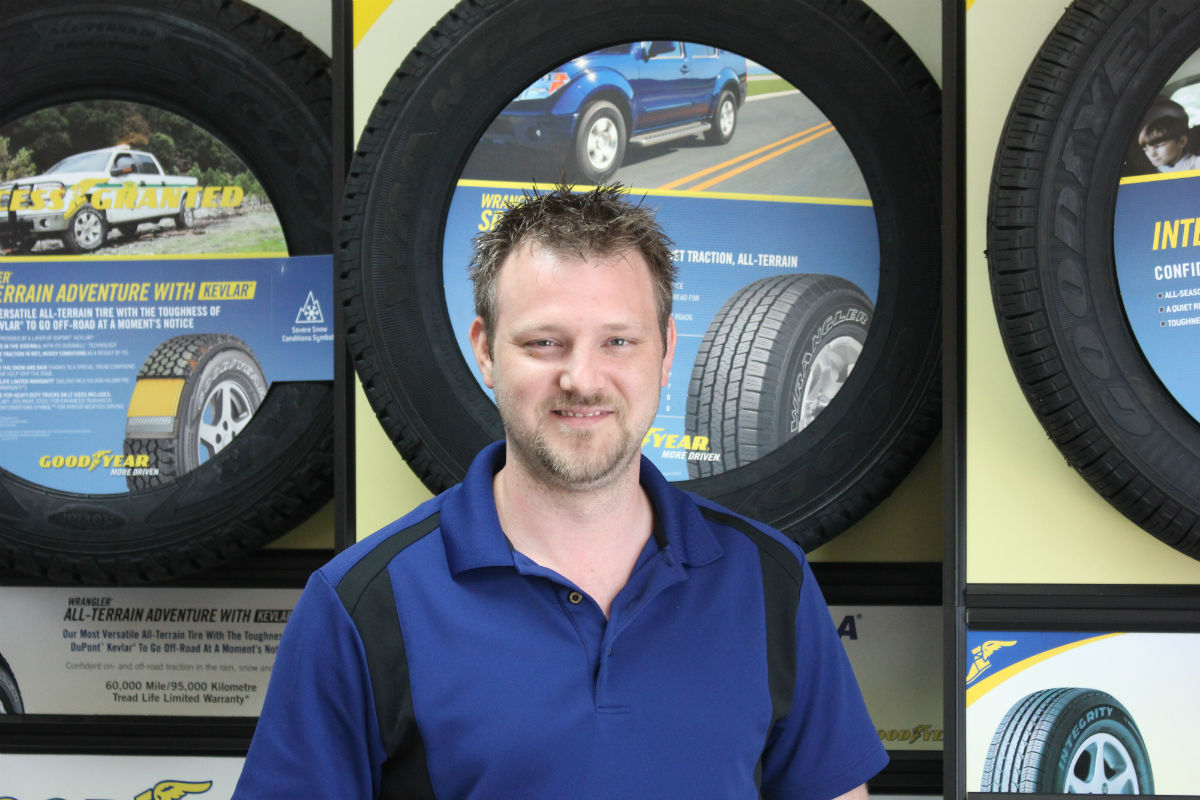 “Well my main area of study at Purdue was Psychology,” says Matt Norby, Manager of Levin Tire in Winfield.

I make a puzzled glance in his direction.

“I know, it seems like how did I get here?” He responds. “But that’s what I like about working here. I can understand where people are coming from when they come in with a problem, and I feel for them when something goes wrong. And I really want to help.”

Matt explains how Levin Tire isn’t just a tire and service repair center, it’s a people first business. That’s what matters most at Levin, and that comes from the top down. So his love for working with people and wanting to help, and his love for psychology and problem solving actually makes him a perfect fit for Levin and its people first goal.

And that’s not the only way Matt, who has been the Manager at Levin Winfield for over two and half of the three years the store has been open, uses psychology in his day-to-day work.

“I also like the technical aspect of the job,” Norby said. “We have the best diagnostics team in the area, so when someone comes in with an issue our number one priority is finding the root of the problem; not the five or so things that could be wrong with the car and hoping that works.”

It’s very akin, it feels like, to a patient coming into the doctor’s office with a very vague symptom, like their stomach hurts. If a patient says that, it could be a multitude of problems. But the only way to really treat a “stomachache” is work to the singular cause of the problem instead of blindly throwing out diagnoses and possible treatments.

And in the end, it’s a win for the customer when a team operates like this, says Norby.

“When you focus on finding the specific problem and fixing that, then the customer isn’t spending a bunch of money on parts and fixes they don’t need,” he said.

And for a lot of people, myself included, who don’t know too much about a car and need to have that large level of trust with their repair shop, it’s good to know that there’s people like Matt out there, who want to help build a better car for you, but more importantly, want to build a better relationship with you the customer.