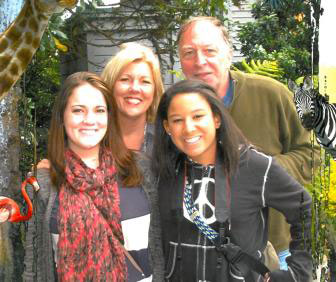 In support of Lupus Awareness Month, and Mother's Day coming up this Sunday, we ask you to consider making a contribution to the Lupus Foundation of America, Indiana Chapter in support of Mothers and Daughters everywhere who have been touched by lupus.

Below we share a touching tribute from one Mother to her Daughter:

My daughter, Shea, was diagnosed with lupus 15 months ago. She was lucky, in a way, as she had 9 out of 10 symptoms that doctors look for which made for a quick diagnosis and treatment. Many people go for years knowing that something is wrong, but cannot pinpoint the disease. Shea was 19 years old, right in the 15 to 44 year old age bracket where this disease often strikes.

I have watched Shea struggle while showing such courage and determination. She lost 16 pounds in 6 weeks primarily in muscle mass. She tripped and split her head open as did not have the strength in her arms to catch herself. I could see the fear in my daughter, and feel the fear as a mother, as her body deteriorated as did her mental state. Slowly, though, her determination returned. She called her father and said "Daddy, I want to make a difference." She knew that this would be through educating and supporting others so she contacted the Indiana Chapter of the Lupus Foundation. We learned that there are 1.5 million people in the United States with lupus with 16,000 new cases diagnosed every year. Shea and her father joined forces and raised $40,000 to support the LFA. 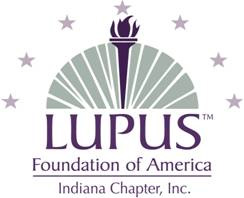 I have always thought, as most mothers do, that my daughter is beautiful inside and out. We were at the Lupus Walk last year (Walk for Lupus Now, Indianapolis) when I saw such joy on my daughter's face. She was walking with 80 family members, friends and sorority sisters when I realized that overcoming adversity brings out a special beauty of the soul that nothing can match. She still struggles, much more than she let's on, but she has regained her step and takes each challenge as it comes.

Mother's Day is the perfect time to honor my daughter Shea and all those who fight this disease. This is a fight that we can win through our support of the LFA, Indiana Chapter.

Contributions can be mailed to:

LFA, Indiana Chapter
9302 N. Meridian Street, Suite 203
Indianapolis, IN 46260
* Please be sure to indicate who your donation is in honor or memory of. Thank you for your support!