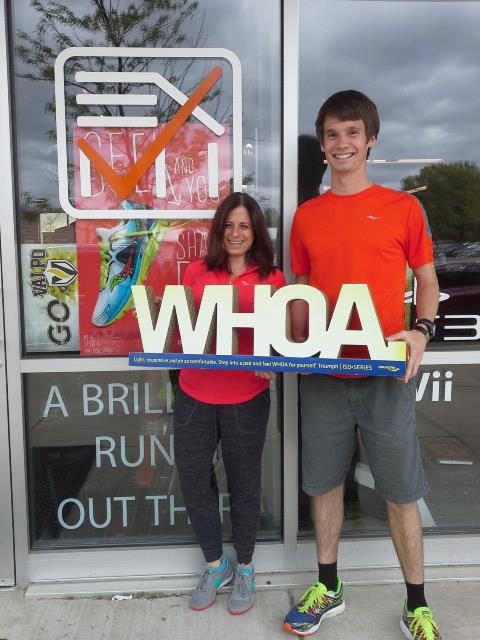 There is a man who many of you know. He’s on the move all the time at work, in school, or outside. He’s an ultra-runner, and his name is Devin Clark.

Clark got into running when he was in junior high. It came down to a choice between playing baseball or running track.

“I stuck with track, then joined cross country,” Clark said. “I fell in love with it. I love the time alone, the beautiful scenery that you pass when you run, the camaraderie between the runners. It’s a great sport.”

Clark is a junior at Valparaiso University majoring in mechanical engineering and minoring in biomedical engineering. He came to VU from Illinois after researching and finding that the college was the best place for him to reach his goals.

“My brother went to VU and he loved it and it is a really great school for engineering so this is where I wanted to go,” Clark said.

In college many students participate in internships, a sort of on-the-job experience that is related to their major. Clark had an amazing opportunity presented to him via his boss, Heather Henderlong, owner of Extra Mile Fitness.

“I was out running one day with John Borman and we stopped by Extra Mile. Heather saw us and began talking to us. She offered me an interview and I got the job,” Clark said. “During the interview she gave me the idea of switching to mechanical engineering and getting involved in the running shoe industry.”

So Clark did his research and found out about the internship with Saucony from a representative for the company who came to Extra Mile Fitness. With the help of the representative, his own experiences, and recommendations from Henderlong, Clark landed the internship and headed to Lexington, Massachusetts to work in the Saucony lab. All together five internships were offered from Saucony, but only one position specifically in their lab, and that’s where Clark went.

“I got to do quite a bit while I was there. I sent runners out on test runs with different shoes and took in their feedback, did motion analysis with athletes in the lab – finding torques and forces on the joints and finding imbalances to correct, I worked with the actual shoe foams checking for quality and whatnot,” Clark said.

Back at Extra Mile, Clark is able to use his knowledge from his internship as well as his own experiences to help customers get the best experience and the right shoes.

“I have a more in depth knowledge of what the body is doing now and I can help people choose the right shoe and equipment,” Clark said. “I love working for Todd and Heather. They are two great people to work for. They love their employees and their customers.”

In his free time he runs marathons and ultra-marathons and he’s part of a group at VU called Brothers Reaching Out that does community work. His ultimate goal is to get a job using his degree at a running company and to become a sponsored runner on the side.