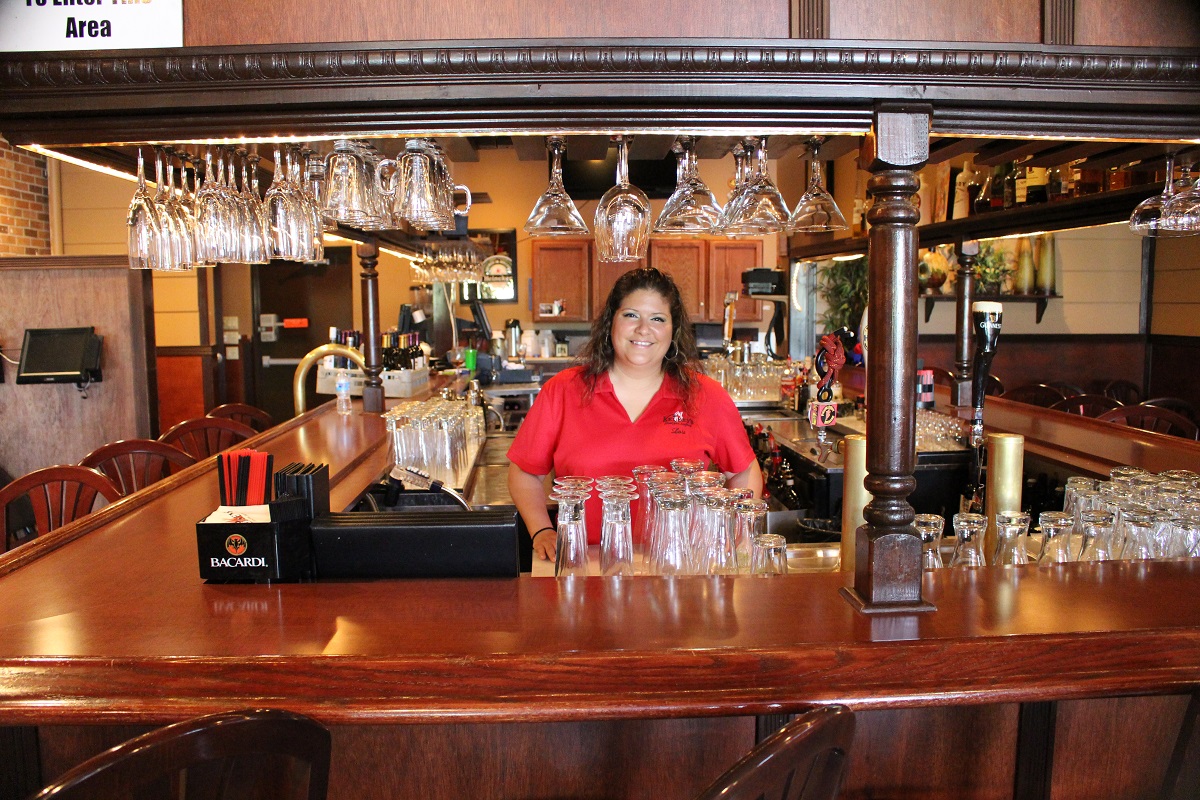 Lori Naranjo has been calling Kelsey’s Steak House her second home for eight years. She loves the food, the regulars, and the other employees (or her extended family members).

Midwest born and raised, Naranjo grew up on the south side of Chicago, IL. She is one of six kids, with two other sisters and three brothers. She moved from Chicago when she got older to Indiana and began her time in the restaurant industry.

“I had a few friends who worked here and they kept telling me how great it was so I applied for a job,” Naranjo said. “I got the job and have been here ever since.”

Naranjo is one of five managers that keep Kelsey’s running in tip-top shape. She is a server, a manager, and a catering coordinator. An a day to day basis she will help customers set up banquets, creates special menus for the restaurant, serves the loyal customers, and takes on her managerial duties like a boss.

“I have been in the restaurant industry since 2003. I used to work at an office for a while but I was missing the fast-paced environment that a restaurant,” Naranjo said. “I don’t like to sit still so I began to work at the restaurant while I was working in this office and ended up coming here full-time.”

Naranjo likes the challenges and changes that come with her job. No two days are the same, and things happen at a steady pace so she is always moving alongside her co-workers. Naranjo said that her team is more like a family.

“I feel like everyone genuinely likes it here,” Naranjo said. “If you don’t like your job you won’t be good at it. A lot of us work four to six days a week and you end up spending more time with your co-workers than your own family sometimes. You get to know each other and come to really about each other.”

The same goes for the guests who come to dine at Kelsey’s. There are many regulars who remain loyal to Kelsey’s, coming back because things don’t change, and yet they do. A neat bond formed between the regulars and the staff at Kelsey’s, and Naranjo stated that it feels good to be known and cared for.

So what is it that has kept Kelsey’s Steak House thriving for so many years?

“We are a friendly group and we serve great food,” Naranjo said. “Why change a good thing? We add things like specialty items for those with food allergies and new drinks, but we’ve been able to stand the test of time since Kelsey’s opened.”

Outside of work, Naranjo likes to spend time with her family and hit the beach - when the weather is warm – Naranjo emphasizes.